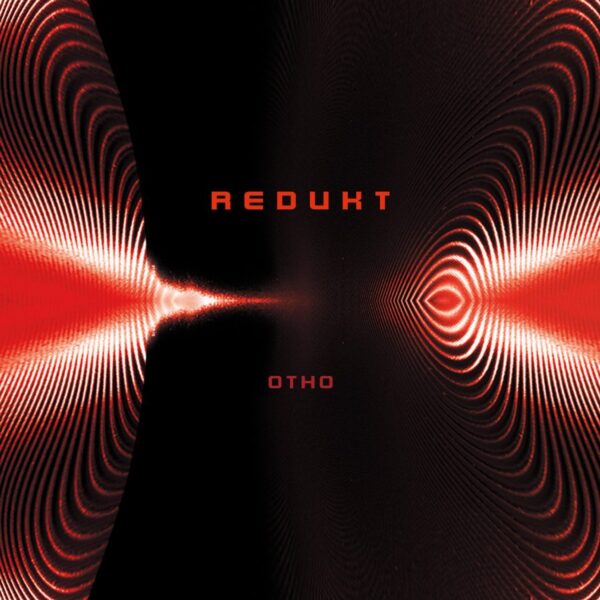 Pretty good muscular electronica from Redukt, a duo of tough guys from Moscow named Alexander Vasiliev and Nikolai Turchinski. Well, one of the pair looks a pretty rough customer, with his shaved head and arm tatoos and fairly powerful forearms. The other has glasses and a more presentable hairstyle and, despite geeky appearances, may act as the “brains” in this gang and plans the bank robberies which the other mug has to execute. They make their music on Otho (KVITNU 46) using analog synths, drum machines, and “computer hard drives with pickups”, the latter suggestive of some sort of digital input to the overall production.

I’m sure there’s plenty more threatening and aggressive music being made in the name of Dark Techno or Black Reverbo-Feedback just now, but what I enjoy about the five tracks on Otho is the relentless hammering of pulses and beats, which are used to drive home a near-blank statement, a reflection on the world that refuses emotional attachment and is pretty much numb and deadened to a very extreme degree. To put it another way, Redukt don’t care about anything or anybody, and are prepared to propel the steamroller of indifference over all the good things in this world, flattening out all the distinctive qualities in the process.

To further advance this thesis, let me point out that all five track titles are simply anagrams of the same four-letter word ‘Otho’ – ‘Ooth’, ‘Tooh’, ‘Otoh’ and so on. I note the care with which they avoid the only permutation that would form an actual word ‘Hoot’. This demonstrates two things: (1) Redukt understand that language is just becoming monsyllabic gibberish these days, as demonstrated by 99% of what passes over people’s mobile phones and texting devices; and (2) they appreciate that everything we say and do is now treated as signs of equal value, in a post-modern world where skills, experience, intelligence and discrimination count for nothing.

I regard this release as a strong metaphor for what is happening in the world today, and suggest that Redukt are skilled at depicting a general emotional crippling of our minds, bodies, and senses. Issued in a very fine die-cut sleeve designed by house artist Zavoloka; the colour part of the artwork is inserted inside a window-mount, effectively. From 3rd October 2016.

The title of this post is a reference to a character who appeared in the adventures of Captain Future, a pulp sci-fi classic from the 1940s.