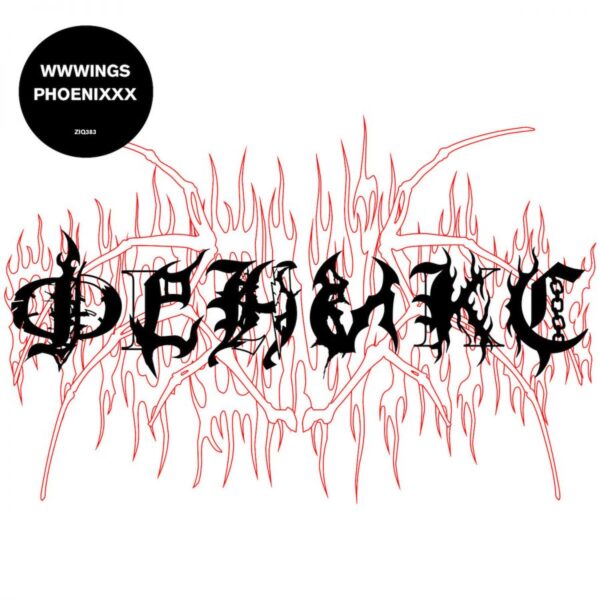 Loopy electronica, wild noise, insane illogical beats and coarse sounds abound on Phoenixxx (PLANET MU RECORDS ZIQ383), a sprawling experiment which comes to us from the East, concocted by three youngsters from Russia and the Ukraine calling themselves WWWings. Heck, the oldest member here is 25, so they seem largely untroubled by draggy things like fitting into categories or providing any kind of continuity with the past, and in places seem intent on applying a punk rock-inspired tabula rasa attitude to everything they do. It’s also notable that the band seems to have come together through the internet and social media networking, rather than more conventional old-school methods.

WWWings are massively disaffected and frustrated by everything they see around them, and given the state of the world today, who can gainsay them? “Struggle with real life in almost totalitarian countries affects us,” they snarl at the world, in between mouthfuls of a dead rat they’re roasting over a makeshift campfire in the middle of a bomb site. “I think that’s why most of our tracks sound disturbing and depressive.” This alienation, and it’s not too strong a word, carries over into their personalities and prompts them to work under alias names which distance themselves from the so-called “real adult world” and bring them closer to a cyber-world of tags, avatars and forum names, a world which they own and understand, and have completely colonised, hence ‘Lit Internet’, ‘Lit Eye’ and ‘Lit Daw’. To say nothing of the colourful characters who collaborate on the tracks, with names like Born in Flamez, Gronos1, Chino Amobi, Endgame, Ebbo Kraan, and DJ Heroin.

The game plan for the modern world proposed on Phoenixxx is a simple one – burn everything down and (probably) don’t bother to rebuild it. This is reflected in track titles issuing simple instructions such as ‘Pyro’, ‘Ashes’, ‘Melt’ and ‘Ignite’. I can get that, for sure. While the name Phoenixxx implies a rebirth from the flames, I don’t think WWWings have written that part of the plan yet. Until they do, grab that can of gasoline and box of matches, and get stuck in. From 3rd October 2016.