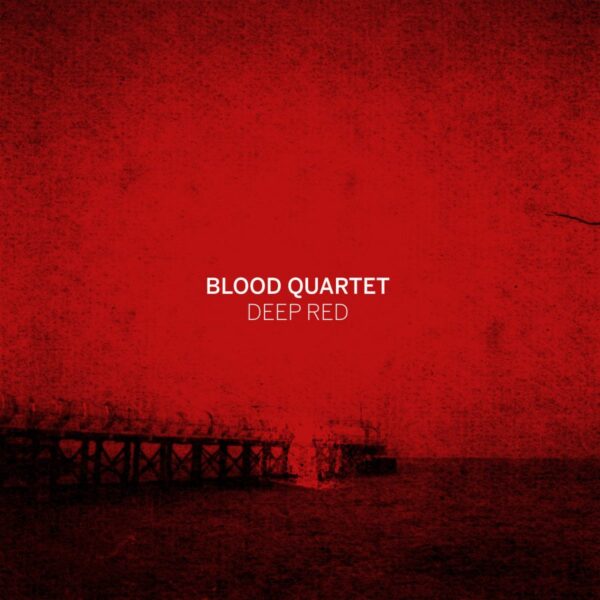 Time for me to brush up on Mark Cunningham’s career, following the receipt of the new LP by his Blood Quartet. Cunningham was a member of the “incendiary” No Wave group Mars, a band whose flame the label Feeding Tube Records are determined to keep burning through the steady release of live recordings that keep surfacing from the brief career of this important band. Along with two other members of Mars, he joined forces with Ikue Mori to make the one-of-a-kind John Gavanti record, a distorted rock opera epic composed mostly by Sumner Crane and released by Hyrax Records in 1980. After 1981, Cunningham took more of an art-rock / jazz fusion direction when he joined Don King, a quartet with Lucy Hamilton from Mars and the bass player from Pere Ubu. Cunningham had picked up his trumpet by this point, and before long he was playing alongside Pascal Comelade in the Bel Canto Orchestra, then in the 1990s as part of a Spanish trio called Bèstia Ferida. I think Blood Quartet is a more recent venture; at any rate, the only other release by them we know of is a cassette from 2015 on a Spanish label.

Deep Red (FEEDING TUBE RECORDS FTR 283) is their first vinyl release, and the very accomplished and assured band are effectively banging out an abrasive jazz-rock mix enriched with occasional sputterings of analogue synth – both the guitarist Lluis Rueda and bassist Kike Bela play Korgs, but most of the discordant waywardness of this record comes from the mangled guitar work and juddering time signatures that tie drummer Candid Coll into an Iberian knot. No conventional arrangements or structures to these slightly formless tunes, nor pleasing major-seventh chords played on a Fender Rhodes; the only concession to “jazz” as we might recognise it is Cunningham’s trumpet sound, which when fed through the echoplex is squarely in the Bitches Brew mould. But even so the players deny themselves the element of “muscular funk” that’s often associated with Electric Miles, and Deep Red mostly exudes a cold, steely, passionless take on the world. Even when the band apparently think they’re playing conventional rock, it comes out damaged and dispirited, performed by men broken on the wheels of authority after a failed revolution.

Even so, don’t be fooled by the subdued tone; there’s a subtle power lurking under the surface of this album, and it’s impressive how the combo pack so much density into comparatively short tunes. Most pieces here weigh in at the four-minute mark, yet they feel longer somehow, more grandiose in their epic ambitions. A band like Earth often required five times as much time and space to get to the same zones of melancholic sombreness. All recorded live in the studio with no edits or overdubs, so unlike Miles no need of a Teo Macero figure to build up music in a composite fashion. Frederic Navarro created the alarming red cover, and needless to remark the LP is pressed in red vinyl. From 6th September 2016.