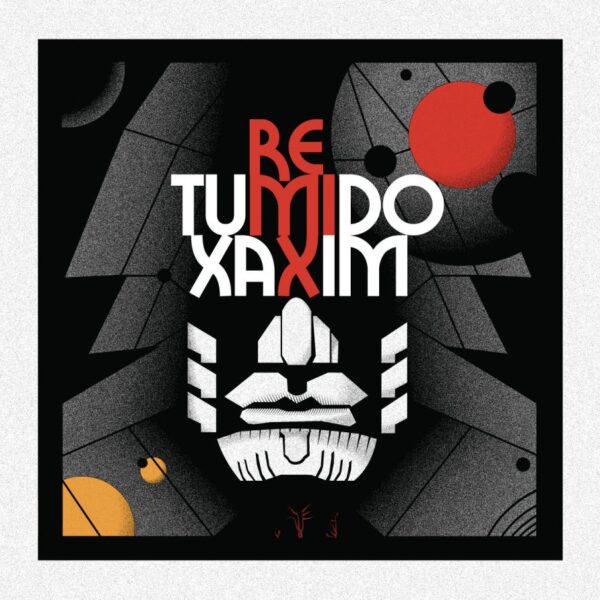 I always think Tumido are a modern Latin American band, a gross error based on the quasi-ethnic imagery on their album covers, when in fact they’re an Austrian trio who create a fascinating beat-heavy racket enriched with guitar noise and trumpet playing…we last heard them with their excellent Nomads LP in 2015, and now they’ve taken one track from that release and had it remixed by various prominent Euro-glitch maestros. Just four tracks on xaxim (INTERSTELLAR RECORDS INT040) but it’s a very entertaining record of super-intelligent modern techno-inflected electronica. The remixers are Nik Hummer, who along with Tumido’s drummer Bernhard Breuer plays in Metalycée, and creates a joyous bouncy version for your next party; Stefan Németh from Radian, who’s all about grisly loops, slow beats, and a dark minimalist atmosphere; and Elektro Guzzi, calling himself Buenoventura, who turns in the most conventional and unexciting version here, aimed at the dancefloor with its synthesised paradiddles occupying every available space in the rhythm. Lastly the band themselves deconstruct their own track, evidently determined to rethink it as a doomy industrial odyssey through an echoing metallic plain. This release hasn’t quite got the fizz and sparkle I recall from Nomads, but these are radical remakes by serious creators, showing what the art of the remix can really do in the right pair of paws. From 21 November 2016.