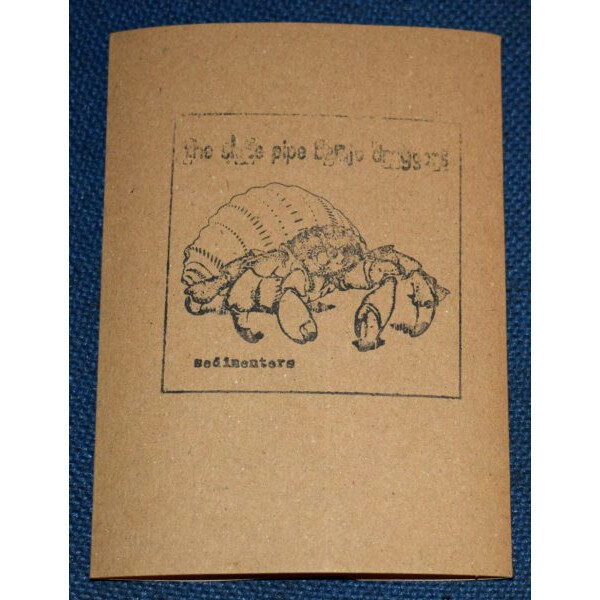 The Slate Pipe Banjo Draggers is one of the UK’s best kept secrets…one-man band Andy Rowe has been turning in these slightly deranged and consistently witty productions for a few years now, occasionally sending us such home-released gems as Prime Bolus Music and Peeled Up For The Sake Of Fruit Music. With his latest cassette Sedimenters, he may have surpassed himself…it’s a surreal and queasy series of klonking rhythms, in places achieving the divine trancey dementia of those early records by the original Amon Düül (my usual touchstone for primitive beat and chanting music). As is customary, each muddy production is enriched with layers of samples, including voices taken out of context to create bizarre juxtapositions, creating unusual dialogues or solo recits that are both hilarious and unsettling. He somehow manages to combine elements of krautrock, trip-hop, dub reggae, sampling and noise music into his own sludgy mix-fests, and never once stumbles over his own feet. Only the most ungenerous listener could ever accuse him of going too far or going on too long; I think the lengthier sprawls here into 8-minute territory are just what he needs to unleash the full power of his imagination. At one time these flights of fancy would have been pressed into a four-track EP on 12-inch vinyl, and John Peel would have played it every weeknight. Superb stuff…I see from the press release Rowe’s been busy in 2016, with a number of live performances and collaborative projects, including working with Lord Mongo in Manchester. Limited edition cassette, 50 copies, from 1st December 2016. 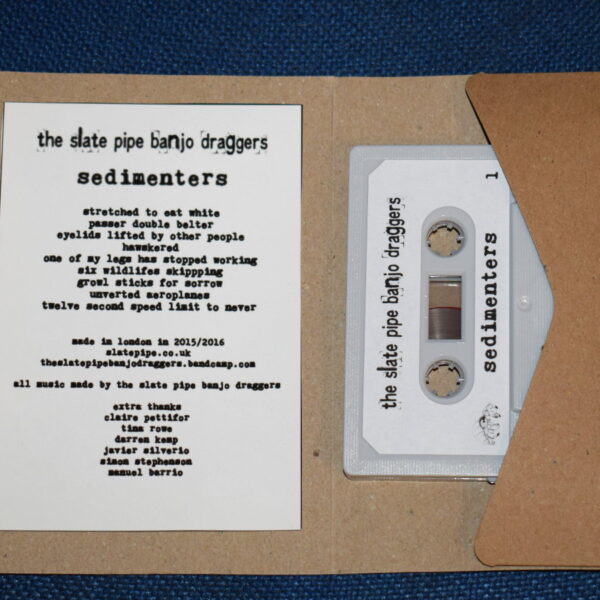