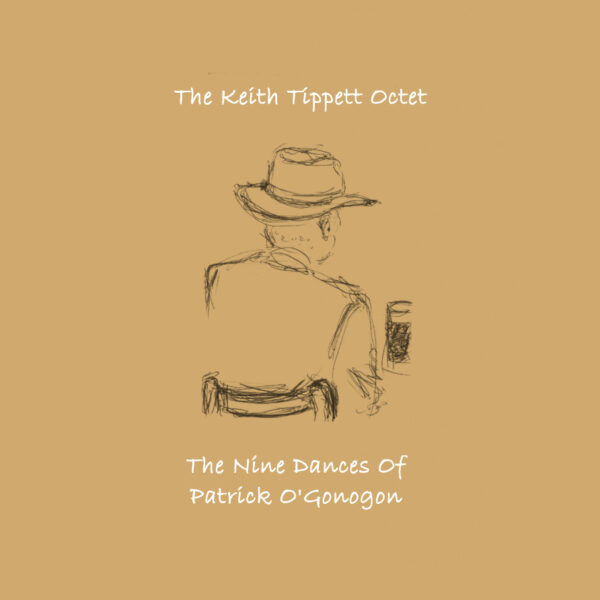 Although British pianist/composer Keith Tippett is one of the most highly regarded figures in U.K./eurojazz circles, Nine Dances finds him in the role of a debutante within the formidable catalogue of all things Discus. Equally at ease with crowd control procedures, employed with the fifty-man “Septober Energy” project as well as more scaled-down concerns such as Ovary Lodge, this release, after public viewings at the Café Oto in 2014 and the Berlin JazzFest two years later, plays the middleman option with an eight-piece combo (plus a very special guest).

This line-up takes in the more established names of Fulvio Sigurta on trumpet and drummer/percussionist Peter Fairclough, who, along with a goodly number of players from the Royal Academy of Music’s ‘Jazz Programme’ are equally at home with multi-directional blurt and chaotic big-city improv as they are with horn arrangements bathed in poignant blue tonalities. “The Dance of the Return of the Swallows” comes frantically scrawled in chalk ciphers seemingly hatched by a shock-haired professor of music-mathematics. Its dizzying score almost encroaching on the discordant at times. The incorporation of folk themes is a nice touch; “The Dance of the Sheer Joy of it all” references a broad brush-stroked, Irish jig pattern and recalls the same kind of experiments that Scottish traditional musics were subject to under the auspices of Talisker during their “Dreaming of Glenisla” phase.

And as for that extra special guest spot, “The Dance of her Returning” sees Julie Tippetts (Keith’s missus and the former Ms. Driscoll) vocalising in true heart-melting mode. Ever since I spied this purveyor of otherworldly chic on a ’68 T.O.T.P, I’ve been a fan of ‘that voice’ and it’s one that has undoubtedly improved with maturity, tonally and emotionally. Seems to me one doesn’t need to keep looking over the duck pond for cutting edge jazz laced with integrity, sparkle, fire and whathaveyou. This veritable beacon in the dark suggests it’s already here. Essential.