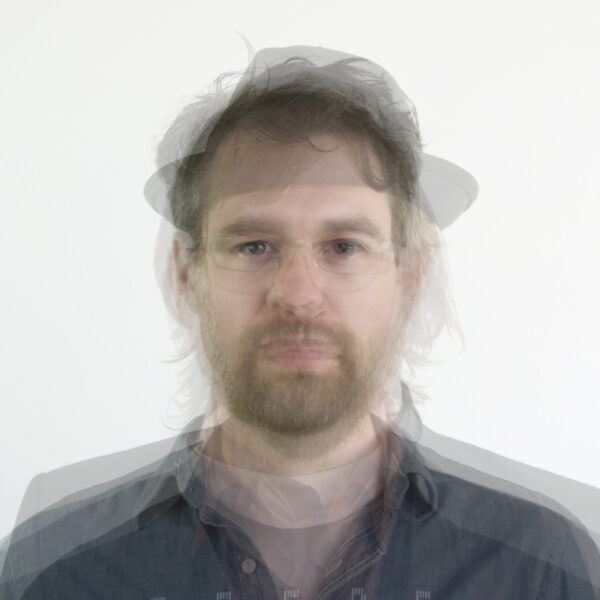 Portentous art-rock from Canadian combo Fond Of Tigers…on Uninhabit (OFF SEASON RECORDS / DRIP AUDIO OFF007), their two main modes appear to be frenetic drumming and guitar anthems, with the band intent on working themselves up to a massive climax, or obscure ballad-tempo songs where the vocal elements are obscured and mumbly. This Vancouver band play guitars, electronics, keyboards, and violin, are led by the singer and guitarist Stephen Lyons, and are labelled with a “post-everything” tag. They’re aiming for themes of “chaos” and “terror”, attempting to strike a certain panic into the heart of the listener. They even call their own music by the friendly name of “the beast”, as though it’s something bigger than they are, and they can’t quite tame it. All of this is reflected in the band name, I suppose, and the cover photo which shows the faces of all seven members superimposed on top of each other. Has some moments of interest, but it feels like all the musicians are trying too hard, straining for deep meaning, and producing thereby a lumbering and sprawling album. From 12th December 2016.