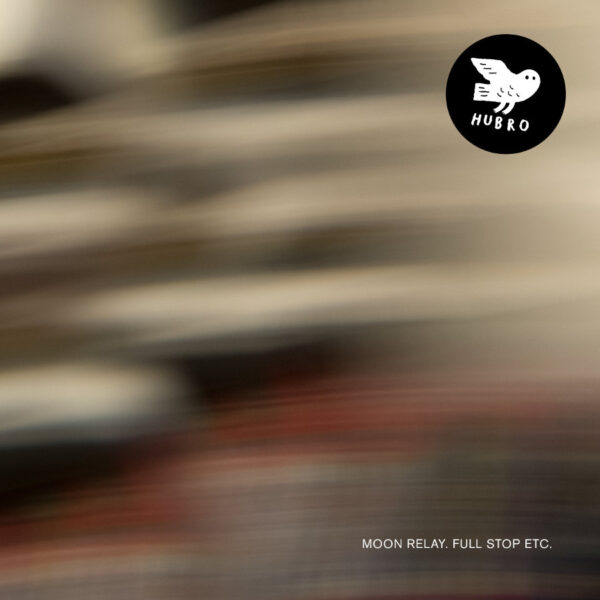 Plodding Norwegian instrumental rock from Moon Relay, a band featuring Daniel Meyer Gronvold from the Norwegian Noise Orchestra, plus Havard Volden, Ola Hoyer and Martin Smadal Larsen. Their guitar-led instrumentals on Full Stop Etc. (HUBRO HUBROLP3579) are occasionally spiced up with electronic and synth interventions, and Lasse Marhaug contributes some “additional sounds” on two of the tracks. Competent enough; the band play in a tight and straight-forward manner which is respectable, but the art of syncopation is something that seems to elude them, and often we find all the instruments locked into the exact same beat over a pedestrian drum pattern, with no clear idea of how to find their way out of it. They rhythm guitarist supplies “twangy” fills to remind us that he’s heard some surf records, and these too land squarely on the right side of the beat. Everything’s overly manicured, clean; the idea of low-down dirty rock and roll has no place in their well-ordered cosmos. This may be an efficient way to make rock music, but it’s not too exciting, despite the self-important air of drama that hangs over every slice of thudding thrash. The record is a follow up to their 2013 release on Fysisk Format; the band claim they’ve gotten better at arranging since then, and have taught themselves the art of concision, which comes as some surprise when you hear these meandering slogs. It amazes me that people still mistake this sort of over-stated music for “krautrock”. The final straw is the pretentious track titles, each one rendered as a jumbled assortment of punctuation marks. From 11th October 2016.