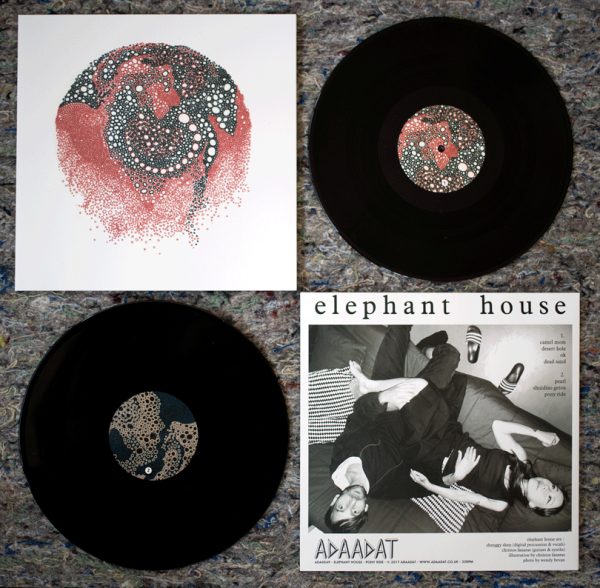 Much as the cynic in me wants to see smugness in the small print: a Harry Potter-referencing, ‘London-based, Sino-Hellenistic psychedelic drone duo’ playing ketamine pop inspired by ‘the traditional Mongolian coaxing rituals used to encourage female camels into accepting new-born calves’, it’s difficult to deny that Elephant House (aka Christos Fanaras and Shenggy Shen) have everything it takes to make sparse, no-nonsense lo-fi pop. From kick off it’s all willful and workable ass-backwardness: woozy, 8-minute opener ‘Camel Mom’ would do time as a psychedelic closer on any other record; its metronomic tick-tock telling time while a sparse acoustic guitar refrain, reverse-motion drone and slithering microtonal keyboard wash it away – easy on the ear, but as unignorable as a thumb pressed into a sleepy third eye. It might have escaped from Eno’s studio in the late ‘70s only to end up here, miles from anywhere and yet strangely in the centre of things.

That every ‘song’ features a distinctly different arrangement says that Shen and Fanaras worked quickly and instinctively. Each passes deceptively quickly, teasing us into listening once more. Something of a stand-out, ‘Pearl’ features warm-wash drone with loads of wibbly synth and girl-in-a-bathtub background vocals that raise listeners to the plateaux of pleasantry. The pastoral and also pleasant ‘Shuidiao Getou’ might well have been forged to con credulous audio tourists into believing they’re hearing an example of traditional Chinese songcraft and dammit it’s working! Transplanted into a pool of longform ambient with only the sparsest of drum beats, the folky piece flows like coloured water from a watercolour on the other end of a telescope. All told, Elephant House have delivered a beautifully ephemeral and unassuming record, the success of which owes to the fact that it belongs to a moment in time and not a discography. If they were to quit now, at least they’d do it while ahead. 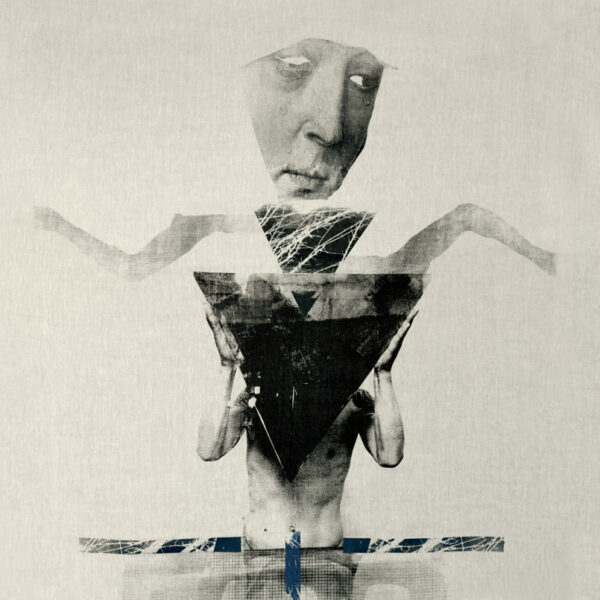 Some time before moving into Elephant House, the peripatetic percussionist, occasional vocalist and one-woman mascot for Chinese New Music Shenngy Shen worked with guitarist (and vocalist) Zhang Shouwang in (and on) White – a more ‘industrial’ proposition than said drone pop act, the foresaid and cringe-inducing designation being qualified by the duo’s involvement with Blixa Bargeld, who produced this record in 2007 and invited the pair to tour with Einstürzende Neubauten the following year. Yet, while the record is not without a certain rhythmic tyranny, we invoke the ‘i-word’ not simply describe a dystopian atmosphere, it can just as easily signify infrastructural development and the optimism it can bring (think ‘Autobahn’, but racing out of Beijing) as it can the monotony of the assembly line.

There are plenty of rhythms sans merci however, where Shouwang’s breathy tones redeem us from the monotony, but inadvertently deliver us a dominatrix unperturbed by her gloomy environs. ‘Space Decay’ is sandpaper-skinned techno-pop soaked to the skin in gloomy drones and riddled with fascistic speech clips that command the listener to ‘come back to the real world’: a revenant of old-world patriarchy and physical threat. Somewhat more seductively, ‘Build a Link’, makes a motivational mantra of the title atop a monotonous keyboard pulse, till gradually it dawns that it refers not to personal development, but is effectively persuading the listener to accept a slave’s role on a mammoth civil engineering project. The ambivalence that attends municipal and national development is here refined into something far less strident and interrogating than obvious forebears such as Neubauten, Kraftwerk, Raymond Scott and even the American Minimalists, but in subsuming them seamlessly into its lo-tech-no pop weft, White respectfully historicises them, and in doing so introduces itself (a decade after the fact) as something far more substantial than a cheap knock-off.

Tokyo’s prolific CDR aka Hikaru Tsunematsu is noted for belting out furious, manic and near-tasteless mentalist antics of the Shitmat / Scotch Egg / Kid606 / Venetian Snares variety – long after most of us would be forgiven for having thought the show was over. I hadn’t realised breakcore was still being made, though it does stand to reason that a genre so utterly relentless should remain perfectly incapable of sitting still or – indeed – of changing in any sense other than the type of shrapnel it immerses itself in at any given moment. ‘Soumatou’ shoots varispeed breakbeats like clay pigeons into the wind and shatters them into splintery detritus. Without cease, but with a redeeming appetite for Aphexian acid: thwarting our need for gratification by ever-so slowly disinterring cutesy wee keyboard melodies from the sandstorm of beats and samples. Meanwhile, ‘Ebi’ shrimps the lugholes with Even More slamming dn’b going twice the legal limit under the influence with more RDJ-era synths spiking us with sweetness for ‘good’ measure. ‘In for a penny…’ boasts CDR, aware that he can only get punished once for such wholesale pilfering. Onto UK’s DJ Topgear, peddling more breakcore bullying with a side serving of circuit-bending sound effects on Side B. Ostensibly, there’s not much to differentiate the two DJs, barring a speed differential of about 12rpm, Topgear actually not living up to his name in this case. Their tag-teaming on this split 12” is a double-whammy of evangelistic violence designed to batter listeners into an avuncular acceptance of this ever-anachronistic nonsense.