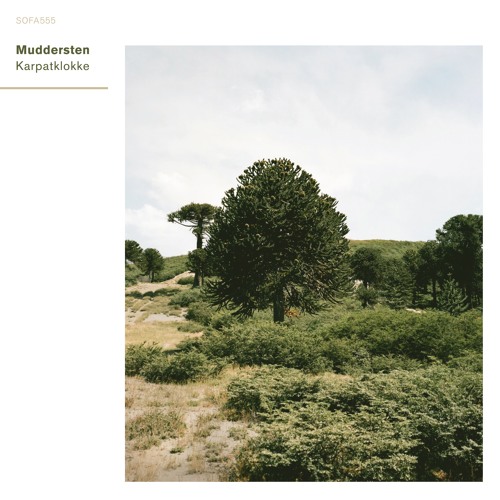 Great rumbly growly lower-register improv from the Norwegian trio Muddersten on their Karpatklokke (SOFA SOFA555) CD. The tuba player is Martin Taxt, who plays in the microtonal way on that instrument and also uses electronics; we much enjoyed his menacing antics on the recording Pan On Fire, when he did it with the Japanese feedback king Toshimaru Nakamura. Muddersten also boast the guitarist (he also plays tape loops) Håvard Volden from Flymoden, Moon Relay, Nude Ono Sand and The Island Band; and Henrik Olsson, from Gul, Skog Och Dal, Skogen, Slötakvartetten, and Unforgettable H2O, credited here with objects and friction, which means he’s joined the ranks of the “rubbing” improvisers who seize inanimate things and apply the frottage technique with varying degrees of franticness.

The stern and burbling non-music that emerges from Muddersten is supposed to be saying something about a particular kind of cracked muddy terrain and the way that plant matter grows in it, clearly a concern of some import for your Norwegian farmer or keeper of orchards. In keeping with this agricultural theme, the cover photos may depict such terrain, and while the front landscape is a pretty banal image, the inside spread of fissures and scraggly grass will delight viewers who enjoy textures and surfaces in their visual art. The Muddersten men may be somewhat “minimal” in their restrained playing and small-ish gestures, but the sound they create is very far from empty and simplistic, and indeed there’s barely a quiet moment or a smooth surface which they won’t roughen with their scrapey and parpy actions. I assume this says something about the old Nordic ways of ploughing the land in an extremely thorough way, leaving no acre of turf ungrooved, using dragon’s teeth and brass pins. From 3rd January 2017.