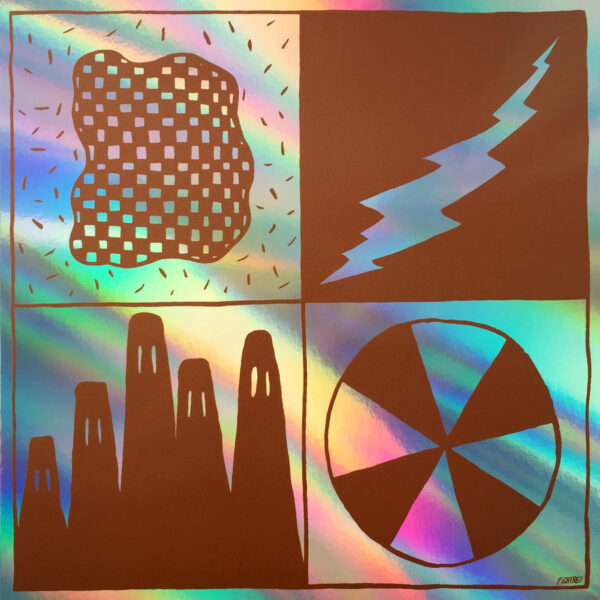 Andreas Oskar Hirsch came our way in 2015 with his unusual and beguiling solo LP Summe 1, which was like an imaginary voyage into an undiscovered part of the world, executed with field recordings, bird song, unorthodox percussion instruments and much imagination. Here’s Hirsch again teaming up with Richard Eigner, the percussionist and field recording fellow from Austria associated with the Ritornell label (a sublabel of Mille Plateaux). Their 7-inch single Stalker/Swoop (OUS 006) is an uneasy mix of precision drumming with vague and uncertain electronic burbles, and both these short swipes of music seem to be packed full of yawning gaps – I mean not just spaces in the music, but the fact that much is understated and unexplained, as to their intentions or musical ideas. ‘Stalker’ is the one with the offbeat swing-beat rhythm, proceeding at a very deliberate and unhurried pace, where the drumming is accentuated by a warped marimba pattern which might be mistaken for a minimalist-urban version of Gamelan…perhaps produced by digital means. This feels like a dance track remade as a matchstick model, fragile and spindly and quite unsuitable for purpose. ‘Swoop’ is equally inscrutable, and if the title is meant to be describing the action of a predatory bird, the music is completely unrelated to the grace and agility of that peregrine falcon. The rhythm here is more suggested than played, Eigner playing around the beat with sharp rolls and fills like a free jazz drummer. In the gaps, Hirsch inserts his languid ambient drones of vagueness and doubt. A perplexing listen, all in all. Pressed in green vinyl. From 14th November 2016.