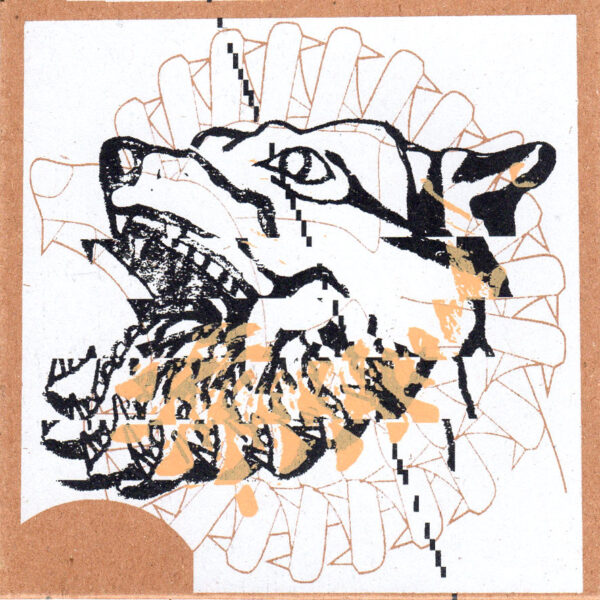 Latest release from Christoph Erb’s label gives us a live recording of The Urge Trio, Live At The Hungry Brain (VETO-RECORDS EXCHANGE 014) recorded in Chicago in October 2015; it was released this year to coincide with their 2017 tour of Europe and Russia. The trio are Erb, soprano and tenor saxes; Keefe Jackson, a Chicago player, on bass clarinet and sopranino and tenor saxes; and their secret weapon, the amazing cellist Tomeka Reid, a highly regarded Chicago player who came there by way of Washington D.C.

There’s a single performance captured on the album (whose title may be ‘Hecha De Toda La Agua’ or ‘Hecha Toda De Agua’, depending), where the trio creates and sustains a compelling and strange mood…the hallmarks include a certain understatement, resulting from the limited set-up without bass or piano or drums, and the instruments don’t so much take solos as curlicue around each other like some bizarre botanical growths or tendrils. Any internal rhythm or centre of gravity is not so much stated as implied, by the gaps in the music. There’s also a tending towards melancholy and sadness, especially at the start where everyone appears uncertain and afraid, but the mood changes when a certain degree of confidence sets in, and the woodwinds in particular start to bluster and chatter in bravado fashion.

For me though Tomeka Reid is the real star, even though I enjoy the exciting combinations of sax and clarinet with cello, it’s her eerie keening cries of sorrow that really touch the heart, along with the aggressive percussive stabs she gets from punching the neck of her instrument. We’ve heard her before on this label (e.g. Duope, 2014; Live In Toledo, 2014) but for some reason her work is making a very strong connection today. I’d like to think Christoph Erb has a soft spot for the cello in free jazz, witness the number of times he has played with Fred Lonberg-Holm or featured that player on his releases. From 18th January 2017.