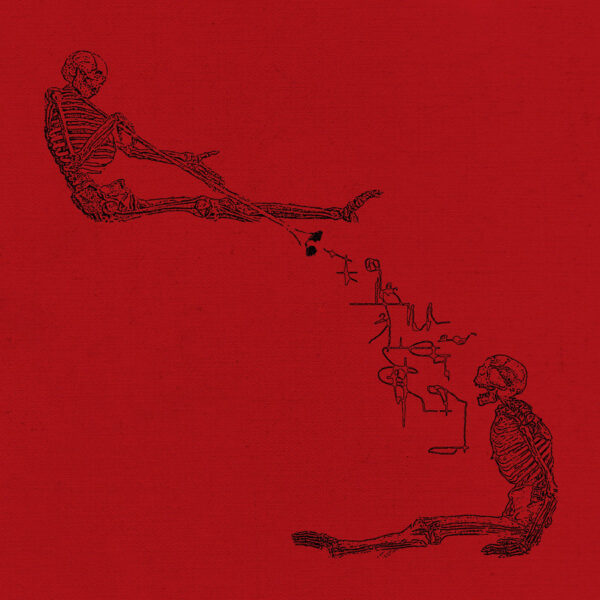 Lugubrious modern music from Swedish composer Marcus Fjellström on his Skelektikon (MIA 036) album, released on the Miasmah Recordings label which has been home to some fairly dark and gloomy outpourings… Fjellström is a serious composer, studied at the music school in Piteå, and has produced film soundtracks and chamber operas besides occasionally releasing albums for the Lampse label. The fact that his 2005 debit was titled Exercises In Estrangement may provide a signpost for his emotional leanings. The ten pieces on Skelektikon seem to follow some kind of conceptually unified scheme, in that there are three variations on the ‘Skeleton Dance’ tune and the overall caste of the music is solemn, portentous, and melancholic. At times the grandiosity of the compositions seemed almost orchestral, so I wondered if it’s all being played with expensive-sounding synthesizers; if it is, that’s one of the classiest piano patches we’ve heard for a while. The textures created by Fjellström are an intoxicating blend – he would probably prefer the term “delirious”, as the album is trying to summon the sensations of a fitful nightmare – layering string drones, percussion, piano and ersatz orchestral sweeps with a certain deliberation and conviction. But I found the music shapeless for the most part, lacking any clear sense of melody, rhythm, or purpose; few of the compositions adhere to a root chord, and I generally felt uncertain as to where the beginnings and endings lay. On the other hand, Fjellström may be striving to convey the feelings of being lost in a foggy quagmire of ambiguity. From 31st January 2017.