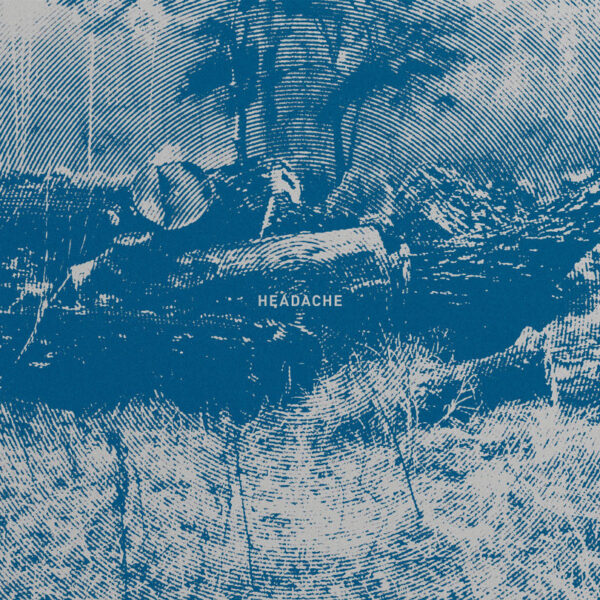 A case of discovery and reactivation then as Headache, Trupa Trupa‘s third release, first came into existence on the ‘Blue Tapes & X-Ray’ imprint. When Stéphane Grégoire met the four-piece in their Polish homeland, a copy was quickly thrust into his palm and a love affair soon blossomed. Blossomed so well in fact they were eventually signed to Stéphane’s ‘Ici d’ailleurs’ label with the now newly remastered ‘Headache’ receiving a further reshuffle, finding itself transformed into a more substantial double vinyl set.

Opening the files on the band in question reveals their admiration for Slint, Pavement, sixties psychedelia and Syd Barrett. And yet poet/vocalist Grzegorz Kwiatkowski’s melancholic vocal lines appear to float over rooftops and pavements of a distinctly slinty-grey urban backdrop, where psyche’s characteristics seem to be pretty thin on the ground, even from that height. “Halleyesonme” and “The Sky is Falling” partly owe their existence to certain post-punk aesthetics (think second album Cure and possibly The Comsat Angels?), rather than totally surrendering to phase one of psyche revivalism involving Paisley Undergrounders such as The Rain Parade or True West.

It’s agreed that “Sacrifice” does contain some muted Gilmouresque fretwork and Rick Wright’s Grantchester daydreams are ably referenced down the time-line by Rafal Wojczal. But… it’s those dominant early eighties manoeuvres of Wojtek Juchniewicz on bass and drummer Tomek Pawluczuk that propel the band towards near-mainstream thought and away from the inviting prospect of exhilarating weirdness and the unexpected. A session with Steve Lamacq beckons…. Also available on c.d. format.