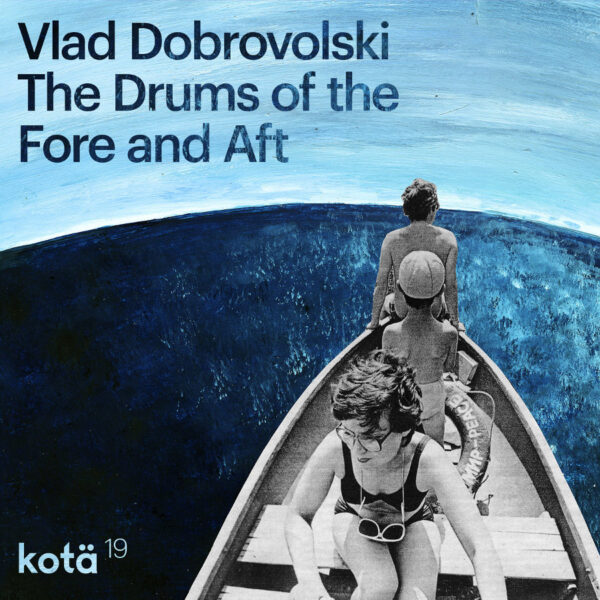 The sea and its memorious associations is one element of Vlad Dobrovolski’s new record, The Drums of the Fore and Aft, which finds him working with modular and analogue synths, tapes and his “head and heart” as he puts it, with a faux naivete that is redeemed by music of a similar charm to Jon Brooks’ 52 – a remembrance of times spent at his grandmother’s house – or in Jurgen Muller’s new age oceanography. Dobrovolski’s record is similarly sparing and sentimental in its evocation of cherished locations (while not imagined, they show he’s no stranger to Brian Eno); his sincerity is as radiant in each piece’s pale patina of picture postcard perfection as it is in the badly translated notes that accompany. Each slide shows a sparing swathe of vintage bleeps and pulsations issuing through clean sea air while rippling waves hiss underfoot; each is unaffected, unadorned and light to the touch.

Sound and visual artist Dino Spiluttini makes penetrating emotional sound fields full of circular motifs rolling in shoegaze-haze, comparable to the dreamy flashback ilk of Tim Hecker, Fennesz et al. Ambient music for mildly troubled souls, in other words. Thus To Be A Beast is very much the music that vinyl is made for: a furrowed surface that spins out short story re-enactments of atavistic self-mythologies; disinters and restores emotional revenants to their place in the psyche, yet keeps distortion levels within the comfort zone. Conveniently corresponding to these fuzzy, weighted vignettes is Spiluttini’s sideline in photography, much of which shows half-captured landscapes on damaged film, full of faded tree-greens and light-bleached topographies. Between the two listeners might discern a corridor, not to mention much mutual value to be appreciated.