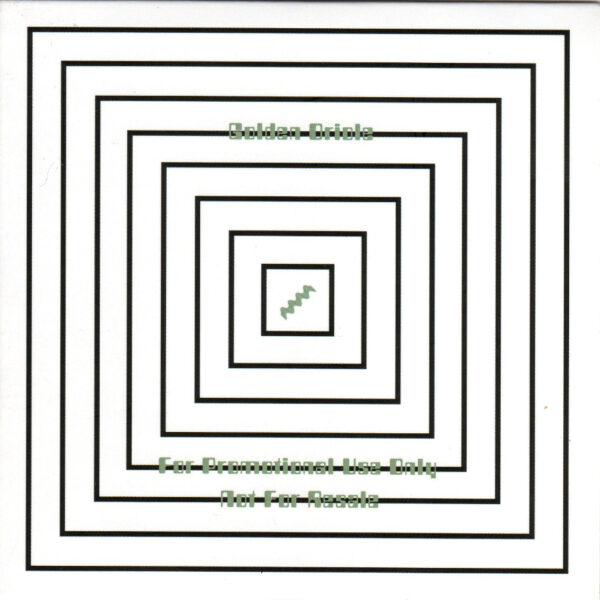 The Golden Oriole self-titled LP (DRID MACHINE RECORDS DMR27) is a heavy-handed stab at modern beat-heavy funk music of some sort, punched home with a sneering absurdist attitude and many abrasive, assaultive elements, showing the music is straddling several genres – making sure not to lose sight of noise and glitch while playing awkward, herky-jerky bass riffs that would have shamed Jaco Pastorius into retirement long ago. “Abstract and minimal music…” begin the press notes; “pull the other one”, say I. They don’t leave an iota of space or air in their remorseless plod. You’ve got to admire the relentless way these jokers carry on, like two lumbering ox-like fellows dancing badly at a party, even when they’re ruining the night for everyone else. These Orioles have moments when they catch fire, but they don’t have a natural funky bone in their bodies, and the beat becomes a millstone around their neck rather than setting them free. Title ‘The Approaching Of The Disco Void’ sums it up nicely, implying a somewhat nihilistic slant on dance music (and life in general). Norwegians Kristoffer Riis and Thore Warland are the players, from the bands Staer and Tralten Eller Utpult; Staer have appeared in these pages three times with their over-stated output, most recently on a split 7-inch with Horacio Pollard. We never heard Tralten Eller Utpult (featuring the notable guitarist John Hegre), but they’ve only made one single cassette for the obscure Mozart Kebab label in 2013. From 27th February 2017.