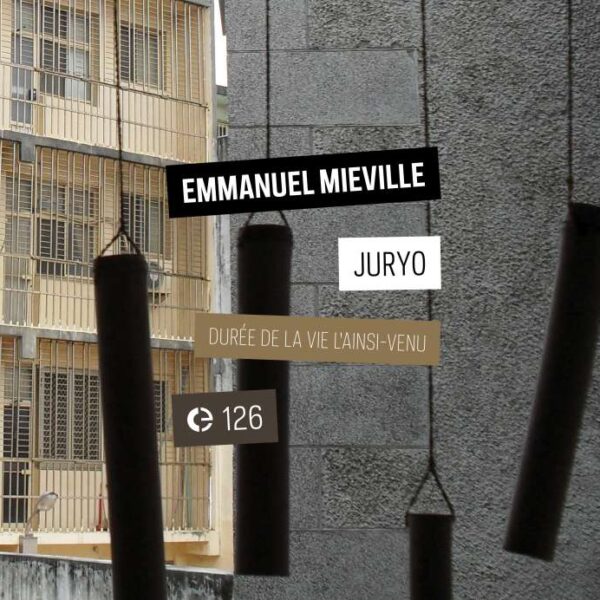 Parisian composer Emmanuel Mieville has shown up here in the past with Four Wanderings in Tropical Lands (field recordings), Concret-Sens (a tribute to classical musique concrète) and Ethers (electronic drone music). On Juryo (CRÓNICA 126-2017), the plan is to explore a Buddhist text called the Lotus Sutra, and he uses this text’s “inspiration cycles” as a basis for structuring the four parts of this work, which includes field recordings from Asia. Mieville has applied intense post-processing and synthesizer sounds to the entire record, to produce four lengthy and ever-shifting continual drone works. Tibetan nuns and Buddhist chants appear in places, along with FM radio broadcasts, and their vocal contributions make a counterpoint to the electronic drones. Further indications of Mieville’s wide-ranging pan-cultural appetites are in evidence, including references to Japanese culture (one track has been influenced by Buto dance) and the writings of Antonin Artaud. Despite all these fascinating points of engagement, Juryo fails to explain any of them to the listener adequately, and the record feels very detached from its subject matter; it isn’t much more than an accomplished piece of process drone. For a far more convincing take on similar themes, I refer you to the work of Tibetan Red. From 27th February 2017.