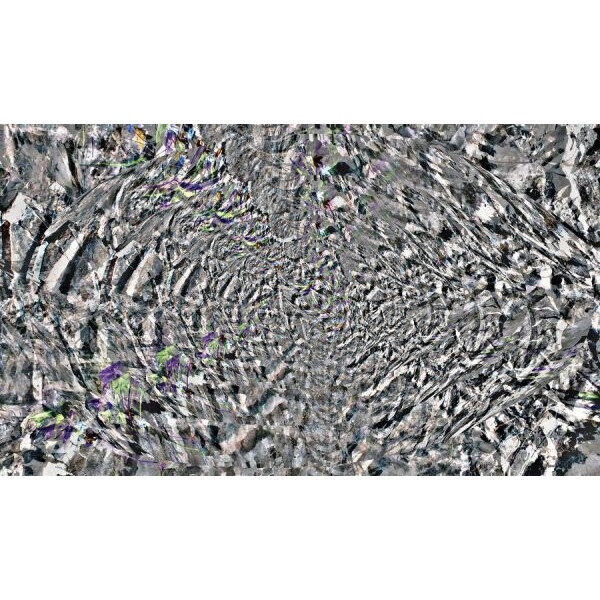 Coppice is the Chicago duo of sound artists, Noé Cuéllar and Joseph Kramer. We heard them once in 2014 with a tape they made for Pilgrim Talk called Epoxy, a collaboration with a number of other composers and performers, which I recall finding a particularly baffling listen. I am similarly confounded by today’s bonkers release, a three-inch CDR called Preamble To Newly Cemented Dedication to Freedom (APOSIOPÈSE APO 11). The sound they make is puzzling enough to begin with, but the confusion is compounded and deepened by the explanatory notes provided by the duo, which don’t really explain anything. I don’t say they’re going out of their way to be mystifying with their clipped and concise annotations, and I can understand how they probably want to protect their ideas without giving too much away, but it’s far from clear how they’re generating these disjointed alien sounds, or what they think these experiments prove (if anything). Their website is, for me, characterised by the same sense of reticence, of elliptical and Sphinx-like utterances.

Further, it seems that at time of writing Coppice find themselves at a crossroads, and are moving away from their initial starting point of 2009 and entering a completely “new world of finer sonic illusions”, as they would call it. The starting point, which I do not pretend to understand, involved using bellows and electronics in some strange undefined way; perhaps using the old fashioned blacksmith’s bellows device, or something you could use to inflate a rubber dinghy. But I have no idea how you would get such a device to interface with any form of electronic equipment. The “new world” however expands on the bellows model, and involves “binary clocks”, “impossible objects”, and “digitally-seeded air”. That last one is so preposterous that it almost makes me give up on this duo, who are already coming across like a couple of fastidious kooks on a wheat germ diet. But you have to admire the brass neck with which they casually toss such concepts as “digitally-seeded air” into the conversation, as if it were a given and a commonplace and that everyone understands what they’re talking about.

Leaving aside the intrigue and mystery presented by these texts, the actual record is a disjunctive and perplexing listen. It starts off like a grandfather clock going insane as it reaches an advanced state of senility, then becomes more abstract and alien as it explores further these odd ideas about clocks and objects, producing many horrifying electric pulsations and inhuman sounds. It’s a vision of the future which I do not particularly want to visit. From 27th February 2017.