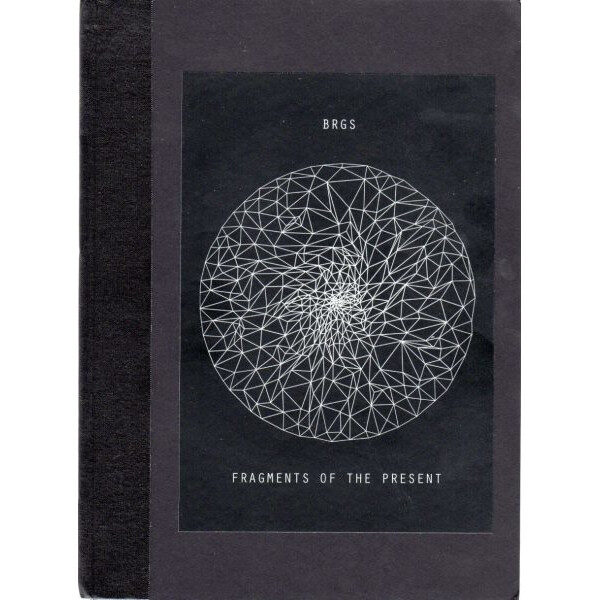 Unusual record by BRGS, who is Jaka Berger from Slovenia. He made Fragments Of The Present (ZVOCNI PREPIHI) using his prepared snare drum, a hand-built instrument he’s been working on and developing for several years now. It’s equipped with additional boxes, resonators, springs, steel objects; some of these things sit directly on the drum skin, and he gets additional noises from rotating and vibrating objects. From photos, there appear to be steel strings with guitar tuning pegs attached to the instrument in some way, and he evidently uses violin bows as well as drumsticks to create his effects. On top of all this, there are feedback speakers – suggesting some electronic input into the whole shebang. Computers are also mentioned, but it’s all live recordings with no processing, so he hasn’t used the laptop to edit and rearrange the work. Extensive preparations on that drum, for sure. On the other hand, a drum like this clearly creates enough acoustic feedback on its own terms. Already I am reminded of Max Neuhaus, the American experimental percussionist who “did” Cage and others in the 1960s, a serious pioneer in the area of acoustic feedback.

Using this amazing drum as a “resonator” and “body for transmitting different sonic events”, BRGS turns in four long tracks of improvisation, each one quite unlike the last, and filled with unexpected surprises in the aural department. I think if you came to this record “blind”, you’d genuinely be hard-pressed to guess what sort of an instrument was being used to create these uncanny pulsations, these strange chimes, and these deep throbbing drones. It’s not only a unique set-up, but Jaka Berger is obviously deeply intimate with its nooks and crannies, bringing forth rich sounds from this percussive beast with confidence and authority. At the end of the day, the strings and metal bits add nice touches, but it’s that vibrating skin which forms the heart of these powerful improvisations, especially with its rhythmic repetitions that pulse like an organic heart.

Jaka Berger is a big noise in Slovenia, not just as a musical performer – besides his own work, he plays in duos, bands, projects and works, too numerous to list – though we might mention the free improvising trio Virtaranta Okuda Berger and the band Ludovik Material. He’s also on the radio, does research into electro-acoustic sound, remixes African field recordings, issues publications, and organises events for musical performances. From 31 January 2017. My copy arrived in a hand-made card cover bound with tape. Many thanks to Jaka for sending this unusual item.