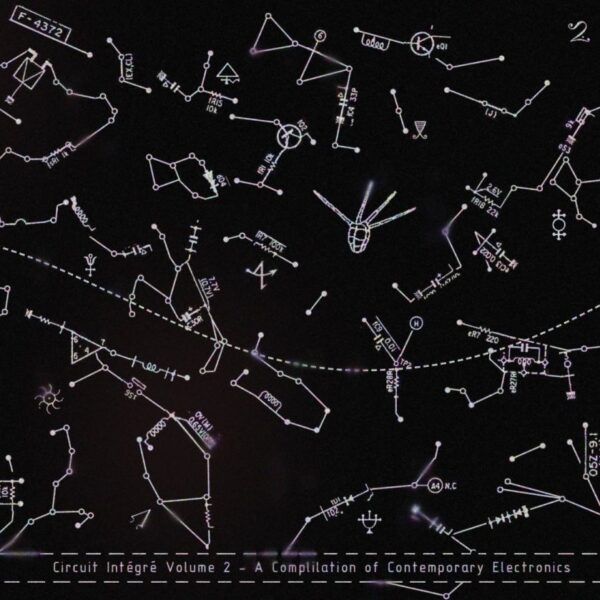 Circuit Intégré Volume 2 – A Compilation of Contemporary Electronics (ZOHARUM ZOHAR 137-2) endeavours to regale us with a brief survey of modern young electronica artistes currently active in Poland. It takes some nerve to model a project after the famous Philips Prospective 21eme Siècle (Silver Series) records, but that is what Zoharum claim to have done. They admit that the field they curate is “broadly defined”, which I suppose means that any musician with a laptop stands a chance of inclusion. We seem to have missed Volume 1 in the series, but it featured Gaap Kvlt, FOQL, Dat Rayon and RNA2. Michal Porwet is named as the curator of the series.

Three tracks by Docetism describe his views of the ‘Virgin Forest’ in three parts. Maciej Banasik, the creator, used to be Contempus Mundi and Topografia, but he’s been Docetism since 2012 and already has four physical releases out, besides a large number of online releases. Sorry to say but I found his music unoriginal and uninspired, full of generic ambient sounds and largely empty of content.

Ghosts Of Breslau is even less substantial, with wispy drones and hesitant mood-clouds gently billowing out across a misty landscape. However, it’s an evocative project name, and so is the track title (‘Travel Loops 1-3’); these seem to tie in with the “idea” behind Ghosts Of Breslau, which is trying to say something about the city of Wroclaw (which has something of a turbulent past). The minimalist approach of GOB pays off to a large extent, and I like the highly understated use of bird-song, though I still find myself impatient for him to make an actual concrete statement rather than vapouring away with all these generalised allusions. This fellow (sometimes called Kormak) has been at it since 2001, and for this reason the label regard him as a veteran of Polish ambient atmospherics.

Ixora is a team-up between Gaap Kvlt and Micromelancolié. Apparently there is an evergreen plant called the Ixora which has influenced the way this pair think about their music, a claim which is rather hard for us non-botanists to substantiate. They just about edge ahead of the competition on this comp for my money, mainly down to the faint air of mystery and perplexment that their three untitled pieces emanate, their tense moods often disrupted by unexpected noises. In all, an inessential and samey compilation, and the rather solemn tone of it all doesn’t help. From 1st March 2017.