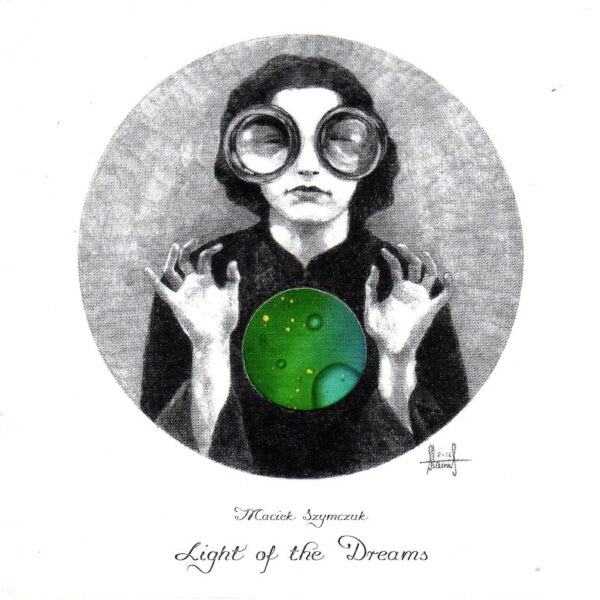 Quite nice set of electronic instrumental music performed by Maciek Szymczuk on Light Of The Dreams (ZOHARUM ZOHAR 138-2). He’s quite a prolific Polish fellow who’s been making his own brand of ambient electronica since 2002, also appearing in the groups Aabzu and Another One from time to time. There is much polish and studio craft to his work, the beats and rhythms keep the music from stagnating, and he has a good grasp of dynamics in his tunes. The press notes advise us to watch out for psychedelic and dub influences in the music, and “oriental influences” too – which might refer to his use of non-Western semitones in his melodies, which I assume is executed largely in an intuitive way. As the title may suggest, Light Of The Dreams is a concept record and the tracks are structured as eight separate dream-chapters in a personal odyssey of sleep-walking, visions, and semi-mystical seances. These titles veer from the poetic (‘Dream of the Mirror Stars’) to the humourous (‘Dream of a Small Watermelon’) to the grotesque (‘Dream of a Black Dog Called Antichrist’). His surreal japes are aided to no small degree by Karolina Stanieczek’s cover drawings, which allude to crystal-gazing, conjuring tricks, and time-travel. From 1st March 2017.