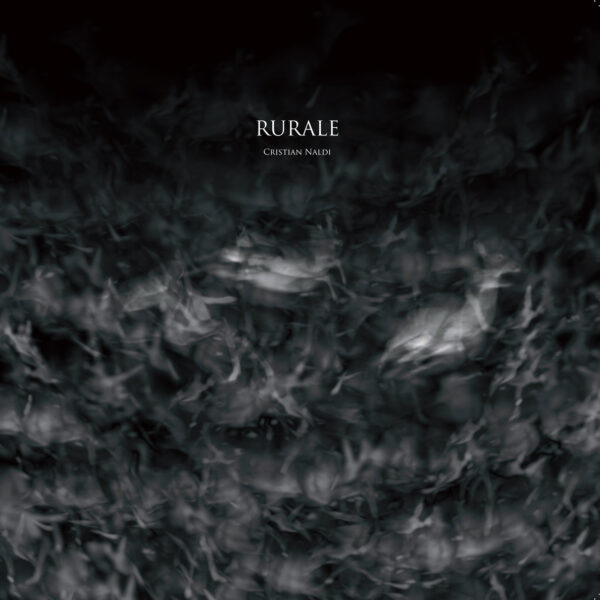 Highly original record by Cristian Naldi, an Italian avant-garde guitarist whose name is new to me – after studying jazz at the conservatory in Ferrara, he’s gone on to work with various improvising, drone, and rock ensembles, and experimental orchestral projects too. Rurale (BORING MACHINES BM075) is his second LP as a solo artiste (since Spettro in 2013), but it’s quite fascinating. It’s a mix of improvisation, his own compositions, and his own very unorthodox interpretations of 20th-century avant-garde compositions, mostly by composers from the “spectral” school. His version of a Górecki symphony, for instance, is an uneasy melange of doomy-noise guitar with sampled voices of Italian people holding a heated discussion, leading into a more conventional “scored” section where he’s apparently playing all the parts himself, yet he sounds like a whole ensemble. It’s a refreshing take on this rather “solemn” strain of devotional music, and I’d guess that Naldi comes to it informed as much by progressive rock (especially King Crimson), as he is by contemporary classical.

Then there’s his version of an Arvo Pärt tune, played on a jazz guitar in an almost pastoral mode, so unhurried and contemplative it be. What I dig here is the way he fiddles with pedals to send his melodies wobbling off-pitch in a highly effective and unsettling manner. Oren Ambarchi had better look to his laurels. Mind you, if you want to hear Naldi “in the raw”, then his opening cut ‘Ruris’ is a dose of the good stuff, where he picks up his axe and takes the Haino formula for distorted guitar noise into a side alley for a good kicking, feeding it through a slow-motion sludgeifier, overlaid with alien effects…and just great guitar playing, for eight minutes of determinedly studied grimness. I wouldn’t have minded a whole LP in this dark mode, personally. Maybe Spettro is made this way, in which case I certainly needs me some of that Italian spectre.

And that’s just the A side. Flip the album for a long original composition called ‘Requiem Rurale’ in two parts, where friends of his from the Byzantium Experimental Orchestra lend their instrumental talents (strings, woodwinds, theremin, voice…) to perform tracts of deliciously mysterious and melancholic music. Cristian Naldi seems capable of composing in a novel way to leave much air and space in the structure, and I could wander around this piece as surely as a De Chirico landscape. What I mean is that it doesn’t feel entirely programmed from start to finish, yet neither is it one of those annoying “aleatory” escapades that show how the sting of Cage haunts us yet. The second part of this Requiem is particularly strong, with a menacing atmosphere reminiscent of Penderecki. Evidently, our man is more than capable of “doing” the spectral “thing” on his own terms, highly successfully to boot.

You’ll also find his interpretations of short pieces of Fauré and Shostakovich, both delivered with the unhurried authority which seems to be emerging as one of his hallmarks – that and the very deliberate, careful playing style. It’s a curious musical taste to have Django-inflected guitar chords deployed in this context, but I don’t dislike it at all. One of the better surprises of the year. From 6th March 2017.