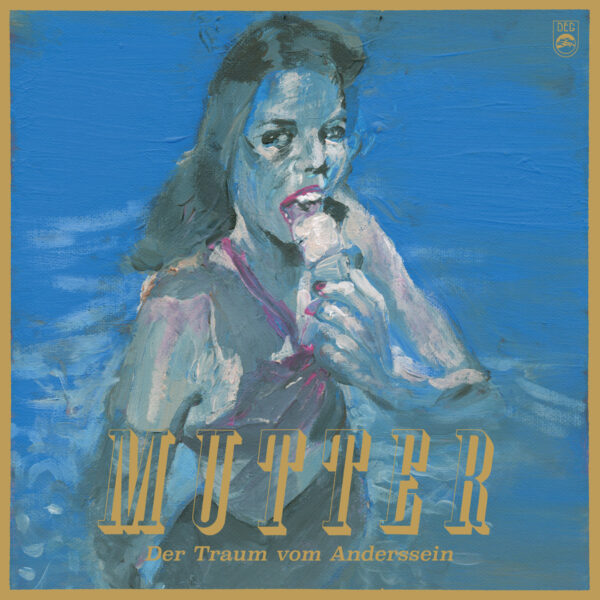 Mutter are an alt-rock band from Berlin whose new album Der Traum Vom Anderssein (DIE EIGENE GESELLSCHAFTDEG 008) is an intriguing mix of punk thrashers, lumbering rhythmic blasts, semi-poppy tunes, and turgid lurching stoner-doom stuff. They’re a five-piece featuring the singing of Max Müller and the guitar of Olaf Boqwist and have been turning out solid pieces of product since 1987 (this is their 13th full-length album), when they formed from a previous band called Campingsex. Few original members remain; for instance, the original guitarist Frank Behnke left the band years ago, and they’ve been through at least three other axemen before settling on Olaf. Good sound, tight players; not especially experimental (they are one of those rare bands who don’t use the Krautrock label in their press, for which I am grateful), but I can see how their muscular stance would inspire loyalty in any given fanbase, which might account for their longevity. All lyrics sung in German, and there’s no English page on their website; insisting on the native tongue is a refreshingly tough-minded stance which is uncommon among bands today who always seem to have an eye on the American market and can’t wait to make concessions for the sake of the wallet, starting with forsaking their own language. I like Mutter best when they blat out an aimless free-form racket, such as on ‘Menschen Werden Alt Und Dann Sterben Sie’, a sluggish crawl through some turgid overamped Hell of pain and doubt; less keen on when they attempt “ballads” with clever chord changes, or use auto-tune on the vocals. Their keyboard player Juliane Miess (from Half Girl) is a recent addition, but I wish the blokes in the band would give her a bit more space; you can hardly make her out among the muddy chords and thudding drums. From 11th April 2017. Available on their Bandcamp page.