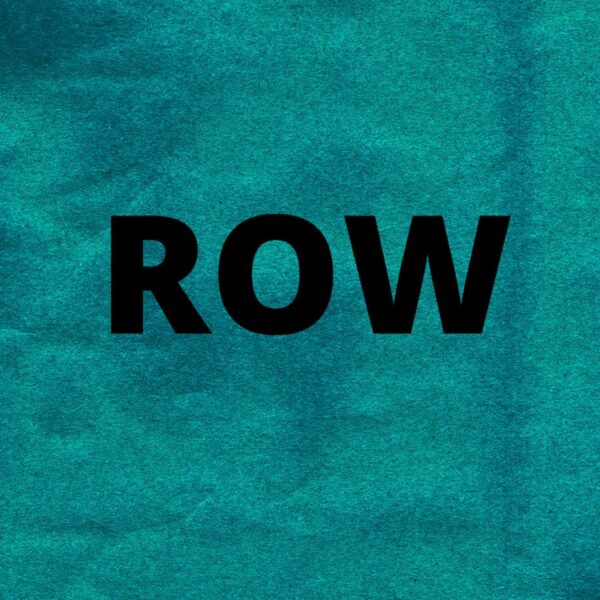 We’ve heard from Andreas Oskar Hirsch a couple of times now, once in 2015 with his “sound-Atlas” record which was called Summe 1, a sort of imaginary map of the world rendered in sound. Then there was a puzzling single called Stalker/Swoop which he made with a drummer, a release which left many unanswered questions about its purpose and meaning. Before us today is his LP Row (MAKIPHON 003), which on one level is simply two sides of documentary audio / field recording. It’s a team of rowers in a boat. It’s in Holland, and the rowing team are professionals – they were practising on board their lifeboat Arad, and they rowed from the port of West-Terschelling into the Wadden Sea. On first impressions, Row might not seem to be especially exciting or even necessary. There are however at least three dimensions which might give it a bit of extra depth.

Firstly, the site of the rowing action coincides with a West Frisian island where, every year, the theatre festival Oerol is heard. Hirsch recorded Row for this theatre event, we are told – and after that, we’re sort of left hanging. I’d like to think we presented it as some sort of piece of conceptual art, or even performance art. Maybe he regards the actions of the rowers as a type of performance art, if you look at it in the right light.

Secondly, he’s done this more than once – Row has been published or exposed in all manner of contexts ever since he first captured the recording in 2011. One of them was at an Art Biennale in Marrakech, where there was sound art played from taxis driving around the location. There have been further instances of Row played as radiophonic art, sound art installations, and as a “golden record” project in Australia in 2015. This appears to have been some sort of artistic variation on the Voyager record. The perpetrators proposed to send the sound of a rowing team into outer space, to say something about the accomplishments of humanity on Planet Earth; make of that what you will.

Thirdly, he intends us to hear it as music – well, sort of. Because he recorded it from the vantage point of the Cox, i.e. the guy who barks orders to the rowers to keep them in time, we can clearly hear the vocal exhortations of this sporty fellow. His barks, combined with the regular rhythm created by the rowers, might be said to create a species of beat-based music. The rhythm comes from them oars creaking in their rowlocks, and the splash of the water. It’s proposed that the Cox is not unlike a funky singer. So this is an avant-garde re-imagining of ‘Funky Drummer’, with the rowers taking the place of The J.B.s and Clyde Stubblefield, and the stolid Dutch Cox acting the role of James Brown.

I say all this to give some credibility to what otherwise might seem a rather pointless and limited record; at least when Jordi Valls got on his motorbike and made an entire CD [1. Un Chien Catalan, released as WSNS 1994 001 in 1994 by Vagina Dentata Organ.] of the engine roaring away, it was an interesting and insistent noise, whereas Row gets pretty boring in short order. There’s no electro-acoustic transformation of the sound either, in case you were hoping for such. From 3rd January 2017.