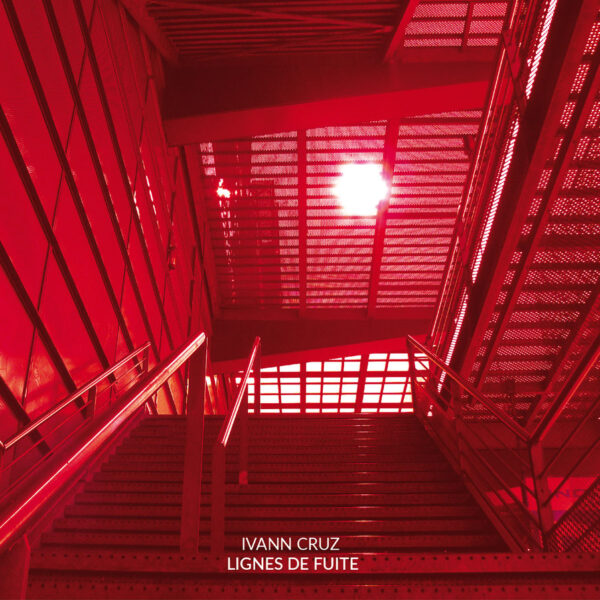 French guitarist Ivann Cruz has shown up here tangentially as part of the trio TOC with the pianist Jérémie Ternoy, although admittedly TOC’s records don’t do a lot for us in the post-Miles electric jazz stakes. Cruz also strums and plucks his axe in the Garbowski-Cruz Quartet and the Circum Grand Orchestra, and has an alliance with the label Circum-Disc (whose output we generally find very patchy). However, his Lignes De Fuite (CIRCUM-DISC / HELIX LX010) is a solo record, perhaps Cruz’s first, and it’s a fine item on many levels. For starters there’s a few pounds of aggresso-boomph on offer, a commodity which I can use at time of writing. In fine he’s displaying a penchant for noise and untamed roarage, which I like, even when bolstered by the use of effects pedals which he wields with an admirable gusto and lack of polite restraint, as on the track ‘Etat D’Urgence’.

I also dig his bizarro experiments with voice / spoken word elements, as on ‘L’Obscur Aliment des Signes’, an instance where a rather intellectual title conceals a fascinating exploration of how to blend distorted tapes of speaking voices with wholly abstract guitar wranglage, and win many admirers thereby. Intriguingly, this is done with something called an “enhanced guitar device” which permits him to do some sort of real-time transformation of the voice tapes as part of the overall gestural work of playing the guitar. Nifty stuff. Further voice gibberish to be savoured on ‘Quantrophrénie’, this time an entire dialogue between a man and a woman (I think), diced into pieces and thrown into a menacing melange of growly guitar swipes. The voices are speeded up and fractured, decontextualised, almost making a Godard-esque comment on the impossibility of communication. Both these voice pieces are assisted by Olivier Lautem and Loic Reboursiere, who are credited with “programming”.

The other guest is the drummer Peter Orins, another “regular” who has shown up in TOC and Kaze, who helps to propel ‘Etat D’Urgence’ into Fushitsusha realms, and also appears (allegedly) on the puzzling final track ‘Attente Precaire’, a quiet thoughtful piece with low-level humming and metallic pattering which is also notable for not really sounding like guitar-playing at all, while it meanders off into a weird micro-world where it might find succour and solace. Press release speaks of such qualities as “singularity” and “personal approach” when Ivann Cruz comes up in the conversation, sentiments I can endorse. I also think it’d be great if Ivann made a record with Franck Vigroux, one of my fave French guitar manglers; they might share some common ground with their respective sombre outlooks. From 24th April 2017.