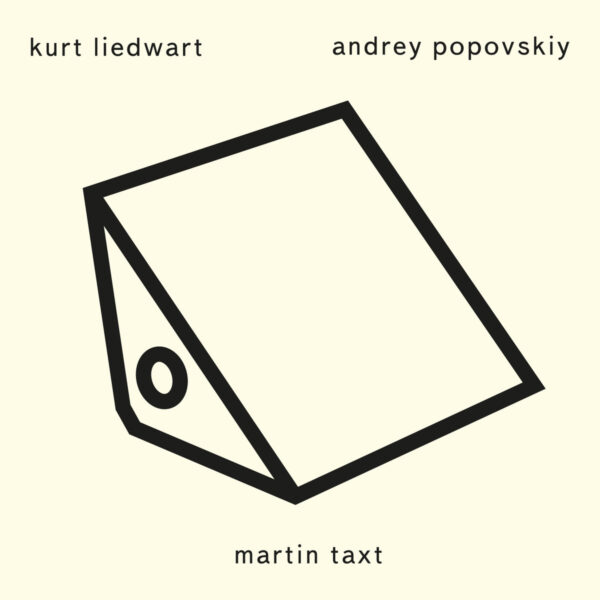 Effective team-up of electro-acoustic improv players on hjem (MIKROTON CD 54), featuring the two Russians Kurt Liedwart and Andrey Popovskiy playing with the Norwegian Martin Taxt and his now-famous microtonal tuba. Got a lot of time for Andrey Popovskiy’s work lately, and he’s emerging as a real all-rounder of composition and unusual recording effects judged on previous efforts. Here he’s playing the viola covered in objects, and fiddling with live electronics in some way; a lot of the gritty texture of hjem, what little there is, emerges from his clonky junk set-up and his gifted fingers, working like some Russian tailor with shears and needles into the night. He’s a busy bee, while Taxt is pretty much content to offer his signature low-register drone for this 28-minute workout. But it’s a strong and heavy drone, like seawater laced with traces of zinc or steel.

As for Liedwart, he’s gone down the software route for the sesh, fiddling with with patches in ppooll to generate very unobtrusive sinewaves. Yet they’re effective in some subliminal way, enough to give you a blinding headache without knowing the cause. Apparently he’s pursuing a more “noise” oriented route just now, trying to escape the “trap” of recognisable musical notes. Ditching a keyboard is just the first step. The set was mixed and mastered by Toshimaru Nakamura, no doubt making many appreciative nods as he did so, seeing as how he’s now the Grand Panjandrum of controlled feedback. Great stuff, although I continue to find the slow and steady pace of this style of music a hindrance; at times it seems to prevent the emergence of any actual musical “event”, so intent are the players on maintaining the mood or sustaining the fabric of the playing. I won’t say that hjem is just another slice of improv wallpaper, but at the same time it’s not quite solid or three-dimensional enough to constitute the four walls of a room. From 19th April 2017.