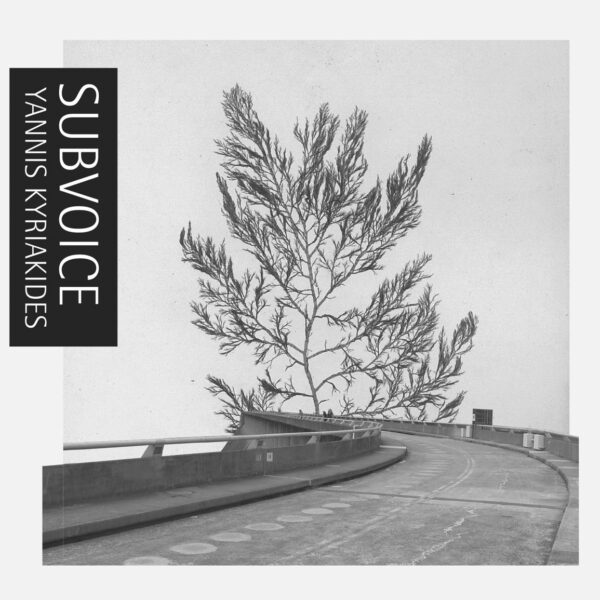 With each release, cerebral Cypriot sound artist Yannis Kyriakides returns with upgraded tools and heightened ambition: 2013’s Resorts & Ruins was a shrapnelled survey of post-war reminiscence, while Lunch Music gene-spliced vintage pop with gelatinous noise in tribute to Naked Lunch. With Subvoice he proffers the main: a deluxe hardback book with 44 pages of writings and illustrations pertaining to the contents of the accompanying two CDs, which span solo to orchestral ensembles in nine queasy pieces. In his words, the compositions explore the subtleties and sonorities of “voices and texts that seem to speak or sing in an intimate form of dialogue, either as text that is directly encoded into music, or in traces of voice that are embedded and dissolved into the musical fabric”.

If Kyriakides thus means to liken his work to textiles, my money’s on silk, where the slightest agitation might mean a torn garment, so soft are the somniloquent solos for cello, clarinet, and contrabass (though granted, all feature ‘computer’ as companion). The larger ensemble works sleepwalk with the hypnagogic tranquility of performers reciting passages while avoiding one another, walking blindfolded through a white room; words and sounds flitting from nowhere. Two highlights epitomising this approach are the 20+ minute ‘Komponist’ and (closer) ‘Oneiricon’: both ensembles ebb and swell around seemingly split-second, sub-syllabic spoken samples, sublimated into soft, circadian whispers; born and fading in the same web of fragile oneirology as everything else you’ll hear here. 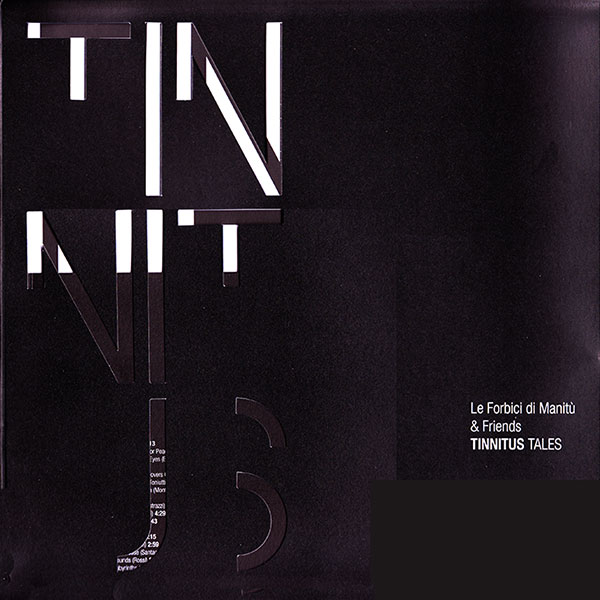 Tinnitus can’t figure into many notions of enjoyment – at best it might be accommodated into one’s aural environment; others it drives mad. So one can’t help but tip the hat approvingly to Italy’s Le Forbici di Manitù for their bold infotainment project Tinnitus Tales, which offers cautionary words on safeguarding against hearing damage and a life of mental aggravation, and sugar-coats them in a panoply of plastic pop pieces about earplugs and suchlike. The group has morphed many times since its 1990 inception, but on the lead-in 10” their role-shifting efforts are a rapid blur across eight ditties of a Cardiacs/Mr Bungle mood. Bouncing between no-wave, disco-pop and tongue-in-cheek torch-singing, they even namecheck Star Trek (conflating Dr. and Mr. Spock) and Carl Jung in the same song.

As if that weren’t whimsy enough, on CD1 they submit the songbook to a selection of ‘friends’ (all, I think, Italian) who populate it with madness of a similar method, in a grand effort to banish the spectre of tinnitus altogether. Stuffed with garden-grade punk, helium skronk, oneiric electronic etc. there’s something for everyone and it’s a high enough hit count to make it worth listening through. Further distraction from work can be found in the accompanying 10” book of comic art, poetry and text. However, those with ringing ears may prefer the pragmatic provision of the tone/drone pieces on CD2, which notionally enable sufferers to mask the menace with 17 shades of ear-soothing white noise. It’s also handy for working with headphones. Thus, in sum, this concept album offers the last (and perhaps only) word on the artistic dimensions of damaged hearing. I suspect that were Le Forbici di Manitù to turn their attention the theme of bereavement they’d probably pull that one off too.