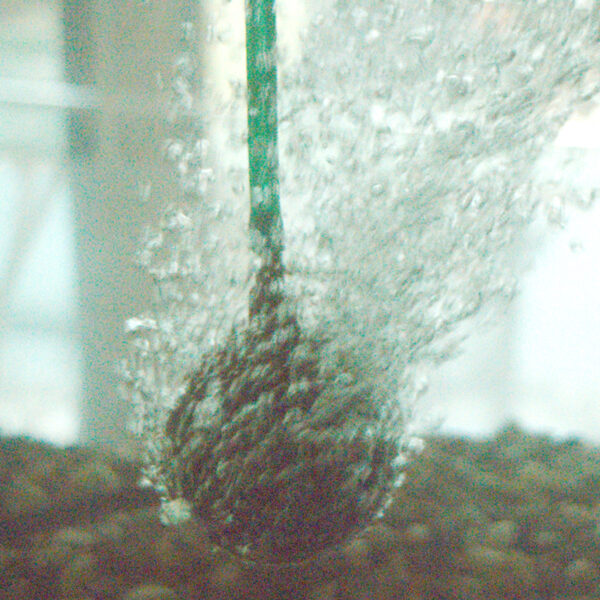 Herewith three new cassette tapes from the Russian label Spina!Rec which arrived here 28th April 2017. At time of writing it looks like some of them may still be available for purchase, in spite of the highly limited editions of physical products (40 copies seems to be the rule of thumb).

SR031 is a split release. On side A we have an extraordinary team-up between two Euro-oddities whose work has been bedevilling my senses of late, namely the Finnish guitarist Lauri Hyvärinen and the Parisian composer Léo Dupleix. Lauri’s solo disc Ipso Kuutala was so marginal that it can barely be called guitar-playing, while Dupleix has occupied himself with exploring the most severe and narrow avenues of electronic sound that a man can squeeze himself down. Here on ‘Carry Box’, they manage to make a far more appealing proposition, each side compromising their usual hard-core stance to some degree and making concessions to “listenability”, without discarding the concentration and focus that must remain as watchwords. What emerges is a winning burst of strange guitar strums that roll out onto the arena like absurdist statements in a piece of modern theatre, while the French half of the act issues drones, whines, and protests from his laptop and contact-mic setup. “A new reading of acoustic guitar and electronics,” is how the label describes this 27-minute episode, implying all sorts of veiled criticisms of the genre that has become known as electro-acoustic improv. That aside, I’m sensing a lot of genuine connections and communication going on between this pair, and I like the very natural and honest way in which it’s been recorded, with some frayed edges and minor slips on display.

On the flip of this tape, we’ve got Radioda, a team of two ginks from Poland. Piotr and Miko?aj Tkacz do everything with radio sets, and I mean everything; when they turn up at the breakfast table, they ask each other to pass the milk by means of ham radio messages and morse code. Their ‘Transmission From Brno’ presents a rich and confusing jumble of signals coming over the various bandwaves, and they seem to be mainly interested in generating enjoyable noise bursts, patterns, and accidental collages – when voice announcements and music passages occasionally leak into the stew of burrs and buzzes. Quite often we’ve heard the short-wave radio used as an instrument on records for implying sinister forces at work; one of the most obvious candidates is the Conet Project documents of numbers stations, but I bet we could find examples from 1980s industrial records where the same aesthetic applies, depending on the degree of political paranoia the creators wish to project. Contrariwise, Radioda are making Brno seem like a rather fascinating and wonderful place to visit through their jumbled-up fragments and knob-twiddling antics. This is not surprising as Brno is just a three-hour bus ride away from Kracow or Warsaw, and the tourist guides say it’s an undiscovered corner of the Czech Republic which hasn’t been done to death in the same way as Prague. It’d be great to see Radioda doing it on stage with 18 or 25 radio receivers piled up on the podium; let’s hope for a 4-CD live set some day soon. 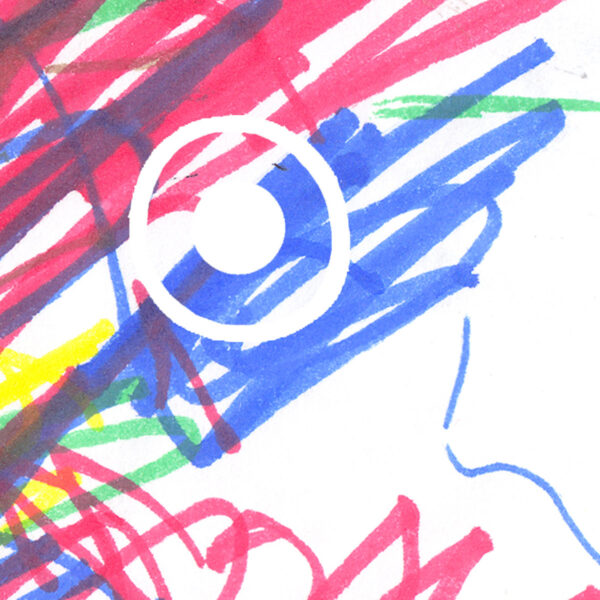 SR032 is another Split, featuring various combinations of improvisers at work. One Side A, Russian players Ilia Belorukov and Konstantin Samolovov join forces with the Portuguese guitarist Luis Lopes to serve up ‘St. Petersburg Mishaps’ and ‘Strong Hugs’. Ilia B. is doing his characteristic sax-with-electronics thing to produce a laid-back but still insistent and annoying noise that nags away at your nervous system like rats chewing at strings, while drummer Samolovov attacks tin cans and empty plastic bottles with a restless energy. Guitarist Lopes mainly seems to be contributing a desultory scrape across the neck of his axe as his contribution to the broken, formless activity. Of the two cuts, there’s arguably more feral energy on offer on ‘Strong Hugs’, a forceful blast delivered with plenty of howling saxes and insane drumming feats to propel the mad electronic feedback screams and grunts. If you like punk-inflected jazz music, this track may be just your cup of beetroots, but my preference is for the sheer persistence of ‘St. Petersburg Mishaps’, which requires a lot of stamina to endure its repellent and abrasive surface. It’s like a bad smell that just won’t go away.

On the B side we have two Spanish players who are new to me. Albert Cirera is a young sax player who hovers about midway between Barcelona and Lisbon, and is a serious music student; currently he plays in a number of jazz combos, including his own Albert Cirera & Tres Tambors. Drummer Ramón Prats is a fellow collaborator of Cirera and they have both played in the Agustí Fernández Liquid Trio. On this tape, they’re joined by the Russian avant-garde bassist Dmitriy Lapshin for a single piece called ‘Porto’. It’s excellent playing, but it very closely resembles any given Ornette Coleman or John Coltrane record from the 1960s, and could easily be classed as “classic” free jazz. They’re not attempting to push at the barriers of what can be considered improvised music, which is usually what happens when Ilia Belorukov is involved. But there’s much to admire in Cirera’s warm and friendly saxophone tone, and his penchant for detail and invention in unexpected places. Lapshin is a pretty uncanny bassist too, finding spaces in the music where no one would think to find them, and inserting strange and creative shapes into these spaces. Very modernistic. 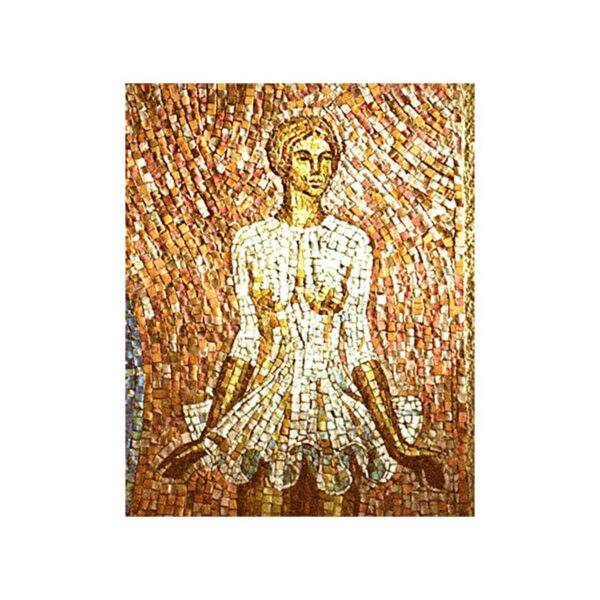 SR033 is all-electronic. You’ll have to act fast to get one of the 25 copies of this release, although if you miss it the Bandcamp page offers streaming of all the tracks. On the A side we have ‘Qualia’ by Ohr. “Spacious ambient music with field recording,” is the label claim, offering a “pacified atmosphere of music.” Can’t find out any information about Ohr, even if project name suggests he/she ought to be from Berlin; but they turn in a surprisingly effective piece of pulsating electronic drone, rich with textures, and as inviting as a double-layered duvet. Sparing use of digital delay adds exciting moments, and attention is being paid to dynamics and variation in ways that sustain interest. Think of a music student trying to replicate Terry Riley’s Persian Surgery Dervishes on a Rosebud chord organ. ‘Qualia’ never strays outside its one root note, or attempts to vary the tempo, and on this occasion it’s a good thing; genuinely mesmerising.

On the B side we have two cuts by Sergey Kostyrko and Alexander Zaitsev. Sergey Kostyrko is co-founder of this label and we have noted his fine contributions to numerous tapes in recent years. Zaitsev not heard from so much, apart from his contribution to the record by duo ADDZ, which didn’t exactly overwhelm us in 2015. The work here was created through the collision of two synthesizers, one analogue and the other digital, attempting perhaps to settle this long and bitter feud that has raged across many continents since the invention of the microchip did so much to threaten the peaceful existence of the Moog, Buchla and ARP tribes. Compositionally, both tracks are disappointing, and just appear as one half-baked idea after another threaded onto a flimsy piece of string; not enough concrete events, developments, or conclusions. I could live with that if only the synths sounded more interesting, but the noises that emanate from the duo are quite prosaic and uninventive. There’s a half-hearted attempt to supply beats or pulsations to accompany the scrabbly noise textures, but for some reason these beats are cut off at the knees and end up as non-regular patterns which are simply annoying. In its favour, I do like the stark arrangements of the music and the vaguely “cold” aura that surrounds these two tracks, which might lend it some appeal.