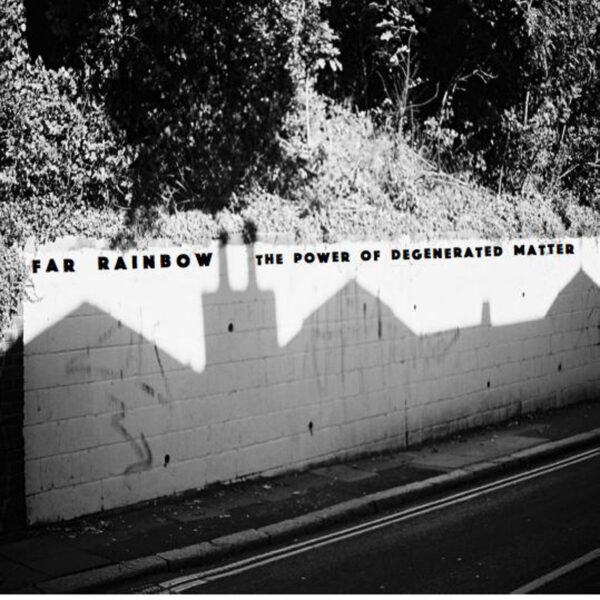 Noted English duo Far Rainbow in 2016 with their cassette for Zero Wave, and in 2017 for their CDR for Linear Obsessional; here today with The Power Of Degenerated Matter (SOK066), a full-length release for Slightly Off Kilter. Emily May Barnett and Bobby Barry have hit on a simple, direct way of making music – pairing keyboard drone music with drumming. But while some players who do this (Chicago Underground Duo, Warm Digits) aim for high energy music that’s not too far away from dance genres, Far Rainbow are much less programmatic and far more open-ended, creating endless abstractions of sky and space, set to rhythms that are extremely unpredictable. Music that’s as organic as three loaves of sourdough bread dipped in responsibly sourced milk. This live recording lasts for just over 44 minutes, Emily and Barry exhibiting the kind of stamina for long-form playing that used to be the preserve of The Grateful Dead. Well, almost – I wish I could say their energy level never falters for a second, but there is a ten-minute section where they’ve run out of juice and are just treading water waiting for the next idea to turn up like a passing steamship. But few players can tread water as charmingly as these two. I think most of the music’s value derives from their twin personalities and the evidently strong rapport they enjoy. No overtly strange sounds, or even especially “out” playing, just groovy neo-psych swirls all the way. From 2nd May 2017.