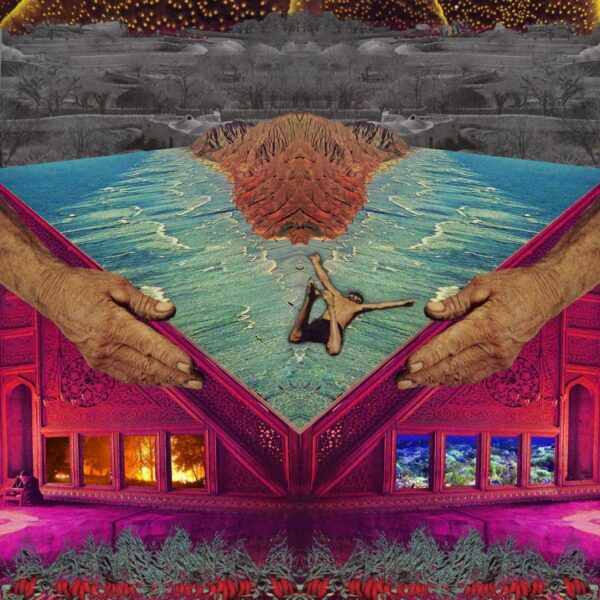 Jason Mullinax used to be Pilesar, under which guise he formerly sent us a couple of unusual items of All-American oddness called Radio Friendly and Stereo Space, records which were characterised by their restless try-anything spirit of musical adventure, the mannered and eccentric singing voices, and the slightly off-the-wall imagery on the covers. He wrote to us recently and informed us he stopped working as Pilesar in 2014 and is now recording under his own name Jason Mullinax, and operating his Bandcamp page from his home in Takoma Park. The new album is called Time Being (NO LABEL) and contains ten tracks of instrumental music mostly played and recorded by Mullinax working by himself, with contributions from friends such as Dave Newhouse, Rich O’Mara, and Seth Schowalter.

I think it’s fair to say Time Being is highly eclectic – hard to pigeonhole this music into any single genre, yet it seems to be informed by quotes and styles from a wide array of styles. Mullinax himself would plump for “jazzy” and “1970s psychedelic world music” as the key search terms, but equally there are passages where the music verges on some form of avant-garde lounge music, like a slightly crazier form of Esquivel, or aims for some romantic film-music vibe. There was a time when I would almost have credited Pilesar as someone emerging from and building on the Ptôse-Residents school of wonky synths and dotty tunes, but he seems to have matured somewhat since then, and is now dedicated to the quest of a well-formed melody and strong arrangements – for the latter, he’s almost trying to turn himself into a home-made one-man Henry Mancini, playing a small chamber orchestra. He backs all this up with oodles of sheer craft, in the instrument playing, the recording, and the editing, delivering a tight package.

This is enjoyable, and while it’s not an especially experimental album and the tunes are sometimes a little twee and saccharine for my tastes, it is well-made and entertaining music. “I’m very proud of it,” writes Jason, and with reason. From 16 May 2017.