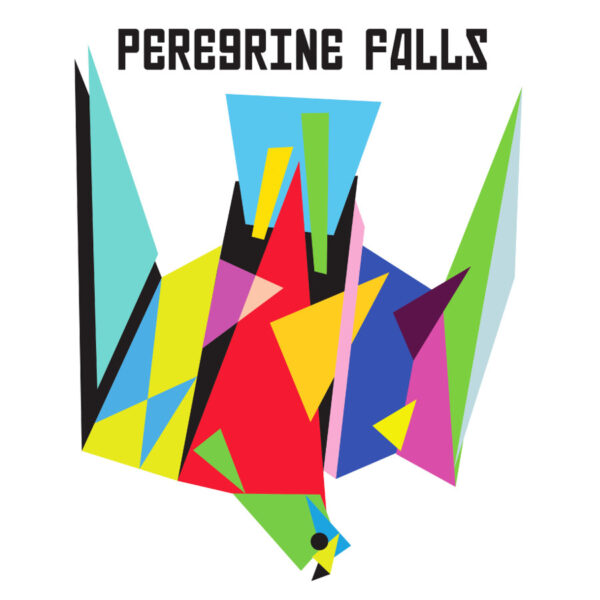 We’ve heard from Vancouver axeman Gordon Grdina in 2011 when his trio teamed up with Swedish sax-puffer Mats Gustafsson on Barrel Fire, a notable entry in the power-jazz genre, a style of playing which continues to up the ante with each new release resembling a bout of all-in wrestling…at the time I was evidently intrigued by the “slightly unhinged electric guitarist Gord Grdina” who was appearing there with his regular drummer Kenton Loewen. The two of them have many years of experience in other alt.rock bands led by the guitarist, including The Crackling and Dan Mangan And Blacksmith. Now they’re resurfaced as Peregrine Falls, on their debut record (DA01302) for Drip Audio, a steaming powerhouse of frenetic and loud guitar noise-riffage with blistering drumwork.

If we wanted to situate them somewhere on the scale of recent experimental guitar-drum duos, then they’re not quite as maniacally charged as Lightning Bolt, but neither are they as anally precise as Om. Also it’s worth pointing out it’s not just guitars and drums, but also banjo, objects, piano, bowed strings, Theremin, and wood flute (the latter contributed by Jess Zubot, who helped with recordings), and the duo find time to turn in at least one slow-and-atmospheric piece in among all the sweaty punchups of noise. As band name makes clear, the pair liken themselves to a predatory bird (and if you’re seen one of these avian beasts performing its trademark power dive, you’ll soon get the gist), a move which is only slightly undercut by the cover artwork – which looks like something from a 1960s stained glass window in a “modern” church. But it’s a small lapse.

When blamming it out, Grdina and Loewen form a slightly frightening prospect, almost an unstoppable juggernaut when the pedal hits the metal, and their music seems to have at least one toe dipped in the free jazz ocean, if their tribute track ‘Ornette’ is reliable evidence. For the most part though, the happy listener can expect punk-inflected powerhouse rock chugging and demented free-improv solo squeals, belted forth with vigour and conviction. From 3rd May 2016.