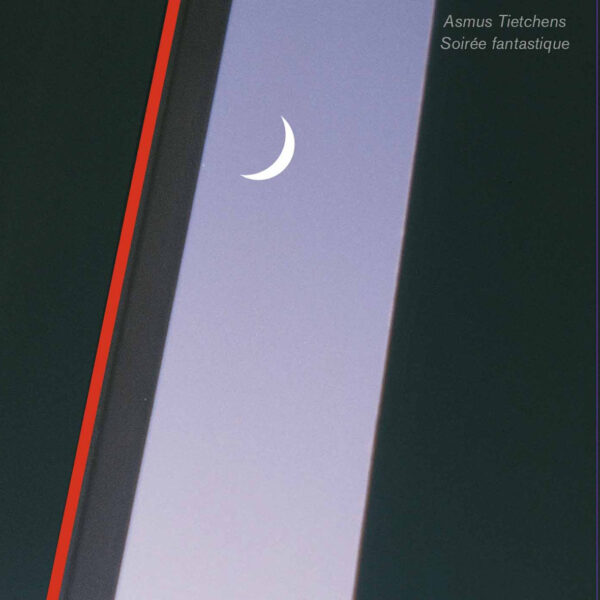 Three beautiful miniatures by Asmus Tietchens on his Soireé Fantastique (AUF ABWEGEN aatp 57), a mini-disc served in quite a lot of packaging considering there’s but twenty minutes of music. Ahh, but what chilling and eerie beauty it conveys. The image of the moon on the cover stirs the heart. Indeed the whole composition of the design (which was done by Tietchens himself) is like Joan Miro meeting up with a colour-field artist, such as Frank Stella. The music itself can edge towards the nostalgic, evoking strange feelings and nocturnal reveries, but the strategy of the composition is geared towards deflecting the mind, circuiting logical thought. There is very little for us to grasp on in these wispy half-patterns, these microscopic details flashing past, these ghosts of melodies faintly discerned. Tietchens is one of these ultra-prolific European electronicists, yet whatever he does I always admire the steely anonymity of his restrained and minimal sounds, even when the music can be clinical and pallid. In this instance the entire release is rich with poetry and a sense of understatement that aligns this Hamburg digitalist with Jean Cocteau, Paul Delvaux, René Magritte, or any of the moon-loving Surrealists. Lovely. From 12 June 2017. Brief mention for Kallabris, whose album Schön Geht Anders (AUF ABWEGEN aatp 30) is from 2015 (we try and focus on newer releases where possible). It comprises 29 rather short cuts, fragments and glimpses, each one verging on a realised snapshot or view onto some strange vista. They are all given lengthy sentences as if each one hopes to be used as film titles at an avant-garde festival in Switzerland (or a poetry festival in the Highlands), and cross freely between languages (French, English and German). Schön Geht Anders thus emerges as a witty set of abstract episodes of electronic noise, drone, and crackle. Odd and entertaining, though strangely unsatisfying. Michael Anacker is Kallabris and, some claim, has emerged from the artier end of the Industrial Music genres of the late 1980s. We’ve only heard him once before, on the rather unmemorable Hund Vor Die Tür in 2007. From 12 June 2017.