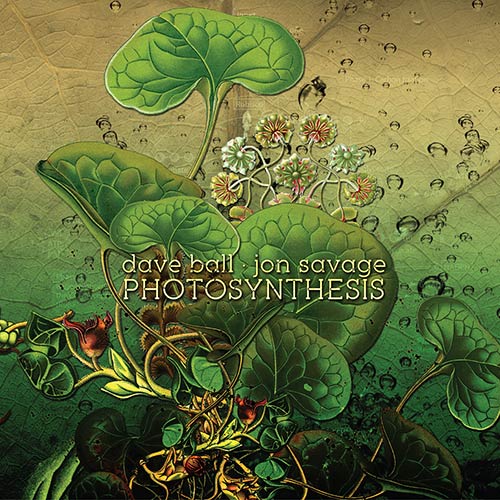 Dave Ball (Soft Cell, The Grid). This Jon Savage probably is not the author of England’s Dreaming, and 1966: The Year The Decade Exploded. It’s not mentioned on the accompanying press release and there’s scant information about this fellow online; perhaps someone could let me know…

The album begins with “One Night In Helmand Province”, the first 60 seconds of which you could almost mistake for a piece by Jon Hassell and David Sylvian. Samples of speech cut in sporadically; a rich production with a thick wash of ambient synths, bassy thuds and growling leads. This reminded me of the “and I’m not frightened of dying” section of Pink Floyd’s The Dark Side Of The Moon, but more like an extended, sixteen-and-a-half minute slightly catatonic version of it.

“ATM#1” is a roiling whirlpool of synth burble like distant church bells on a spring morning, or an android orchestra version of Terry Riley’s In C, while “ATM#2” employs a springy riff over which atonal pulse lines are drawn. “Hyperdermic” predictably floats off into the underworld before seguing into “Liquid Skyliner – Zeitgeist”, whose damp electronics brood and burrow through Alpine peat beds. It seems likely that Ball and Savage intended their work to be appraised as a whole; the collusion of seemingly unconnected phenomena as photosynthesis and mankind’s “destruction of the planet” – which they say inspired the project – seems incongruous, although it is beautiful music without a doubt. The way “Passing Cloud Factory” morphs seamlessly into “The Process”, for example, is superb. This intrepid duo make forays into beautiful structured melody on “Dead Neon” which serves to bring the album to a close in a suitably decorous manner. Like sitting enjoying a tea ceremony in a shaded Japanese garden after walking all day in a desert.

If I had to be a little critical, I’d say on occasion it sounds like the musicians are stuck in a service elevator in Hawkwind’s spaceship – although let’s be clear that Savage and Ball’s sonics are not making any specific reference to a space-rock band or trope, necessarily. Also, the prevalence and relatively affordable nature of analogue synthesis these days means there will always be a link from the modern exponents of electronica to the past. Repetition as a tool to build structure is used a lot, which is fine, but the aforementioned “springy riff” sample is, in my opinion, left triggering for far too long on “ATM#2”, which I found a mite distracting, although this was the only point in the album where I felt the music was prevented from flowing unfettered. Interesting to see this item on Cold Spring, a label usually known as the hunting ground of “Industrial, Noise, Dark Ambient” and other related extreme genres.