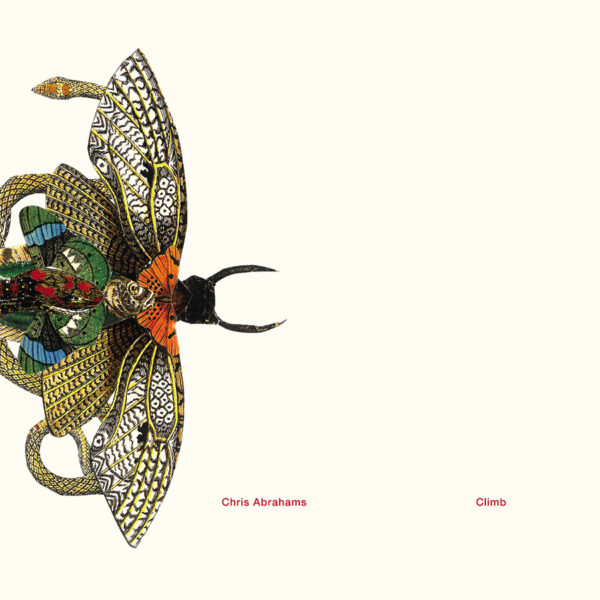 This is the tenth album of solo piano from Chris Abrahams, the pianist from The Necks, mostly demonstrating the technical and compositional skills that got him session work with The Church, Midnight Oil and Silverchair, rather than his singular approach with The Necks, so if you are expecting 80 minutes of uninterrupted freeform ambient piano textures, you might be a little disappointed. This is very different to his release on Room40 in 2016, Fluid To The Influence, which charts a course through organ passages, “eruptions”, concrète explorations as well as piano. I also hear a gzheng and chimes of some sort in there, and there’s plenty of software manipulation; hard edits and unexpected juxtapositioning. It has a gritty experimentalism about it, like Abrahams is testing himself, whereas on Climb he is very restrained and keen to demonstrate his technical ideas accurately. To my ears and sensibilities, Fluid To The Influence is light years away from Climb. Also in 2016, Abrahams has released an album, Instead of The Sun, with Burkhard Beins on Herbal International which I’m very keen to get hold of. What I’ve heard of it is pretty abstract in a kind of post-Berlin Reductionist way, as you might expect from Burkhard’s involvement.

The situation on Climb is restrained; very delicate, very pretty. Nothing to upset the senses or jar the nerves. ”The Sleepings And The Drifts” is endless bars of rolling chords and tumbling note runs. The appropriately titled “Overlap” sees the gradual introduction of the sustain pedal; Abrahams blurs the colours of his repeated figure as if he were a painter attacking his wet canvas with a linseed oil-soaked rag. The piece ends with the hum of overtones gradually dissipating into the aether. “Fern Scrapes” is a heavy-handed workout that finds Abrahams punishing the piano keys somewhat in a relentless round of pugilistic hammering. With “Dog Rose” Abrahams relaxes into a more pastoral scene, but his fingers remain unapologetically busy; a little too busy for my taste I have to say. It left me thinking I’d quite like to hear the sound of spaces between the notes from time to time. The final piece, “Shoreline”, is similarly demanding; mildly arduous. Climb is a departure from his work with The Necks; there’s no long-form development, no drones, no conspicuous transcendence. I can barely hear the improvisation – this album sounds composed to me.

Outside of Discogs, I can find scant evidence of the existence of the label, Vegetable Records. As its previous output are two titles of solo Chris Abrahams material – 2001’s Glow and the double cd Streaming from 2003 – I’m assuming it is his own label. But this disc is nicely presented, in a full colour card gatefold sleeve.