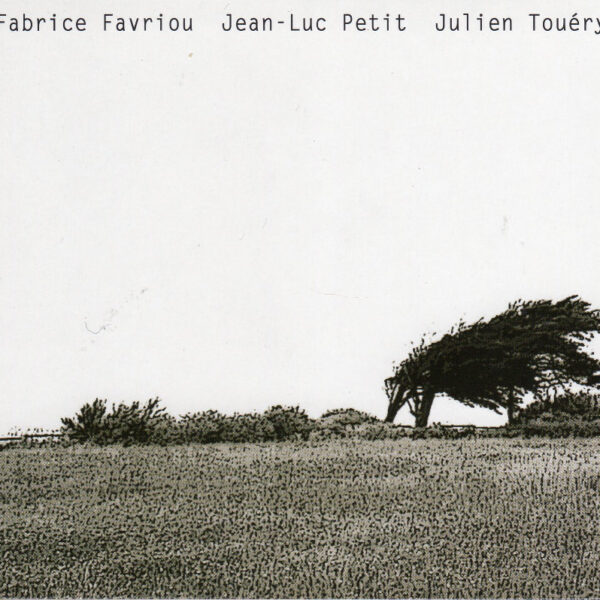 Some superb examples of free improvisation from the French Fou Records label, run by (and often home to) Jean-Marc Foussat. We’ve been receiving materials from this label pretty much since its inception and first release in 2012. It’s a good consistent body of work they’re building up here. These new albums all contain strong and unusual music, mostly by French players, and I’m finding it far more encouraging to hear their subtle, nuanced approach to improv, compared to (say) the current Norwegian penchant for excessive energetic outpourings and aggressive noise jazz. All from 6-7th July 2017. We received six CDs and three vinyl LPs.

On FR-CD 27, the trio of Fabrice Favriou, Jean-Luc Petit and Julien Touéry turn in two long pieces, ‘La Fièvre Nous Dénombre’ and ‘Au Coucher D L’Éclair’. They play an exciting combination of woodwinds, piano, and electric guitar – no drumming in the traditional sense, and instead plenty of object-rattling for percussive effect. The ‘Fièvre’ piece has a title which translates as something to do with large numbers of our men being wiped out by the plague, which may be how beleaguered improvising musicians often feel about their plight in today’s uncaring world. Musically, it’s an exercise in keeping proportions – balancing high-energy outbursts against more considered playing; and in their quieter moments, the details of each instrument are examined, spotlighted, allowed their chance to shine like diamonds. During the more agitated moments, the gritty textures produced by abstract scrabbling gestures is really something to savour, particularly the grime and angst suggested by Favriou’s bad-tempered electric guitar (stand well back when he sets his amp to “roaring” mode). Petit, who we heard in 2011 on his pairing with Mathias Pontévia, is emerging as an original voice on both saxophone and clarinet, constantly inventing new ways to trill and drone and pipe on his reeds. The trio exhibit more sinister and mysterious leanings on the second track, something to do with watching the sun going down and observing the various night-dwelling monsters and freaks emerging from their lairs as the natural light vanishes. A fine work of tense understatement, full of purring and growling atmospheres fit for the urban jungle beasts they depict. 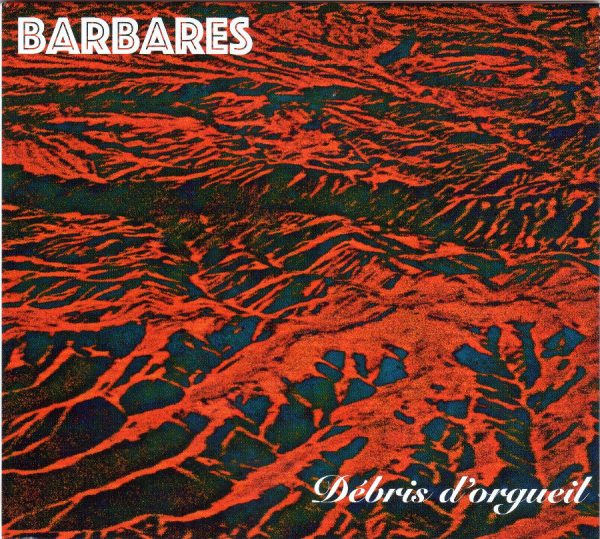 Barbares are a quartet comprising Christiane Bopp, Jean-Marc Foussat, Jean-Luc Petit and Makoto Sato playing together on Debris d’orgueil (FR-CD23). The first long track ‘Nue Est La Peau De Ciel’ is somewhat disparate, showcasing all the instruments together or singly in various ad-hoc pairings and grouping, in a work that doesn’t quite manage to cohere as a whole; but it still retains the all-important natural dynamics, allowing us to observe the natural peaks and troughs of the energy in the room. This is one of the reasons improvised music can still make claims to be more “honest” than some music genres, particularly those where studio overdubs and edits are involved. Many pleasing combinations to enjoy with the ears, such as Foussat’s unusual synth playing blending with the Evan Parker-like saxophone exercises of Petit, or the more melancholy introspective moments contributed by Bopp’s uncertain trombone passages. This may in fact be the first trombone I’ve heard that has an inferiority complex. I like Bopp already. Besides Foussat’s strange electronic sounds, he also adds weird voice groanings. The other track ‘Flèche De Boussole’ works better somehow, feels like a more assured statement where all the many and varied sounds are given enough space to work together in effective combinations, especially the contrabass clarinet of Petit. The hallmark of Barbares, then, might simply be their individual voicings, and the ways in which they co-operate as people to make everything work together. The performances might run out of juice a little bit too often, but I enjoyed most of this album.