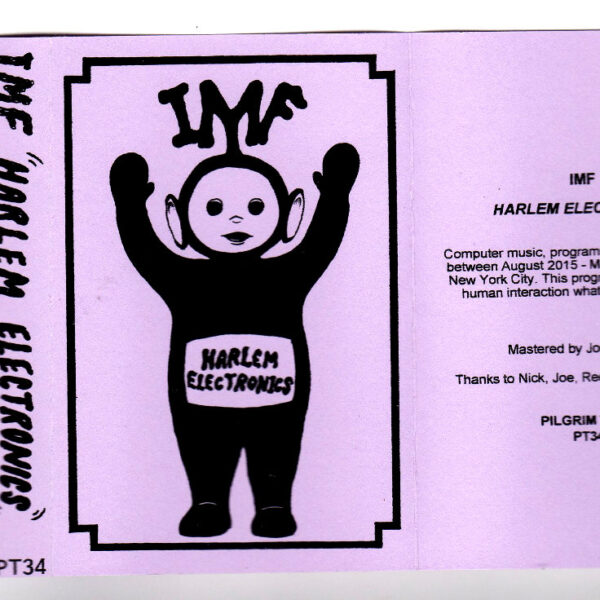 Harlem Electronics (PILGRIM TALK PT34) is a smashing burst of computer-generated noise produced by IMF, i.e. Ian M. Fraser. It’s not unlike the last thing we heard from this hacking madman, a self-released cassette called The Realness from 2014. It’s all done by computer programming, and although this tape is not especially long in duration it seems to have taken him eight months of elapsed time to do all the required work. A consultant doing the same job would cost upwards of $80,000 minimum. But his proud boast is that the finished product “performs with no human interaction whatsoever”. And there aren’t many consultants who can say that.

So far I’m finding it more digestible than previous outings, including the vicious Keroaän record he made for Copy For Your Records, but it’s still got a remorseless attack and bite, like having a swarm of harpies flying about your room for 10 mins and snapping at you with their fangs. Non-believers and outsiders to our camp of extreme music will try and tell us that all “noise” music sounds the same, but we know better when it comes to distinguishing power electronics from harsh noise wall from whatever it is that Merzbow does these days. I mention this because it seems IMF has found a new strain of the virus, where the computer does everything according to its own insatiable pattern. Somehow the noise feels “cleaner” as a result, certainly untrammelled by the sort of “performative” nonsense which some table-noise types introduce with their gestural actions, such as twiddling knobs, inserting or removing jackplugs, or fiddling with a lump of amplified steel.

IMF apparently eschews all of that abstract-expressionism in favour of the violence and mayhem that can be created inside the hard drive. I suppose this means we’re hearing digital information behave in ways it should not, a result which I personally welcome. A truly bracing experience for blowing away the cobwebs of the mind. From 13th July 2017. 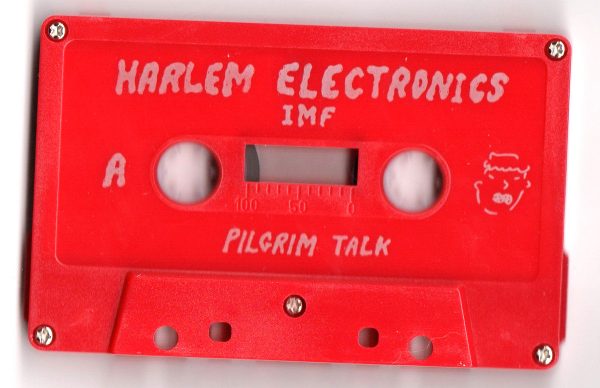