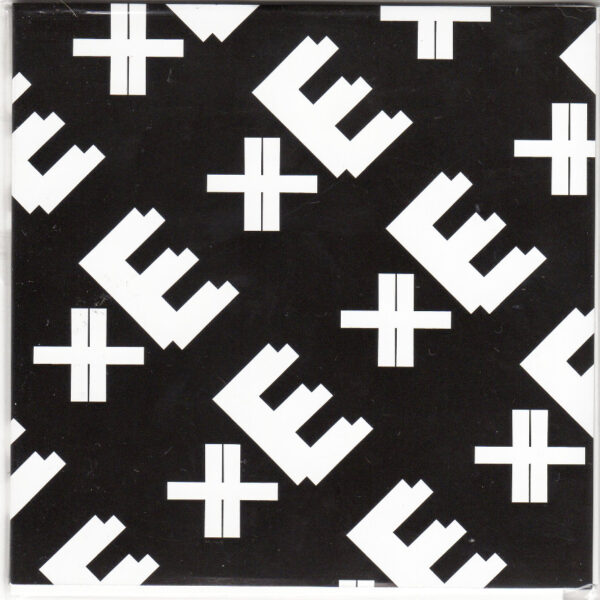 The record KYOU x E =1 (KYOU-007) is a remix album. Four musicians currently represented by Entr’acte leaped forward to remix songs from Kazuya Ishigami’s Canceller X album, including Eryck Abecassis, Dale Cornish, Yves De Mey and Imaginary Forces – i.e. Londoner Anthoney Hart who has impressed us previously with his unsettling dark techno sounds for Fang Bomb and Sleep Code. This album includes all the four original tracks followed by their remakes. Eryck Abecassis, master of the Chrysalide modular synth, adds virtually nothing of any note to the original, merely managing to extend its duration by two minutes. If anything, he adds unwanted clutter, which compromises Ishigami’s purity in my view. Dale Cornish, sometimes associated with Phil Julian, has some nice tricks to play with throbbing pulsations, but his main method in remixing ‘Flow Of Memory’ involves cutting off the music with little fermata every two seconds, thus sapping the natural energy of the track. The dark brooder ‘Playback Of Anxiety’, a snarling beast in the original form, is handed over to Yves De Mey, sometimes known as Eavesdropper. His is the most intensive reworking of those heard so far; he fractures the backbone of the track to give it more dramatic light and shade, a trick which works fine until he brings in his pedestrian beats, at which point it becomes just another dark-electro track and I lose interest. This leaves us with Imaginary Forces and his version of ‘First Cancel’, my favourite here; he takes an already unsettling proposition and makes it even more threatening, with his unpleasant harsh sounds and naggingly repetitious loops. The air of uncertainty is generally worsened by his deliberate refusal to follow a recognisable 4-4 pattern at any point in time, trapping us in a zone of semi-chaos for as long as we think we can endure it. Harrowing! It’s also pretty inventive, as the original track gives almost no clues for how we would get to this point. 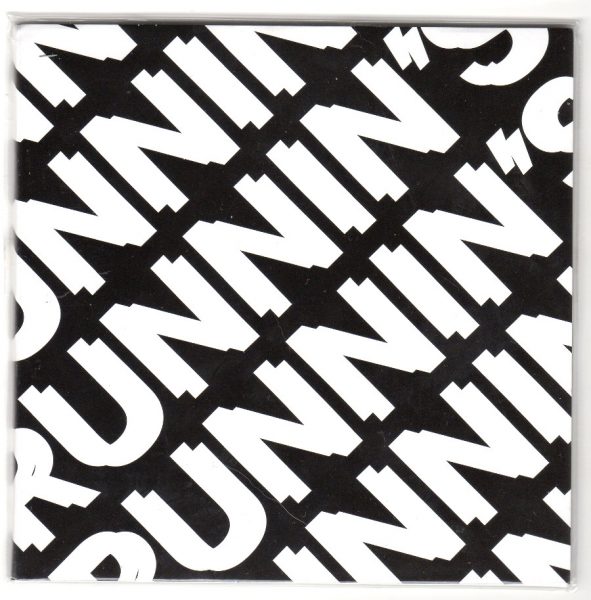 Finally, we have Imaginary Forces himself with a solo record. Runnin’s (KYOU-008) has plenty of sharp beats and rhythms for the avant-techno fans among you, but what I enjoy about this record is the lean, slightly paranoid tone that carries across most of the cuts…it’s as though our subversive hero had equipped himself with night-goggles and a black Ninja outfit, the better to move around under cover of darkness and evade his enemies, who lurk around every corner. While I’m not an expert on the quality of “beats” in this dance-influenced music, the drum patterns on ‘East Man (Version)’ and the title track ‘Runnin’s’ are deadly weapons – like the footfalls of an assassin landing in the snow as he stalks you. They have a mean, seething quality which borders on the terrorising – very suitable for tense situations, either getting out of them or (more likely) creating them. If you could project one iota of the sheer attitude and menace that emanates from these cuts, you’d win every fist-fight in 20 seconds, mainly because your opponent wouldn’t even stick around to see what might happen to him. I learn from the press release that Anthoney Hart is moving further away from his “underground dance scene” background and is more interested in making compositions, inspired by the “early electronic masters” (hopefully meaning Xenakis, Koenig, and other heavyweights). Also it seems he did pirate radio for a time, a milieu that seems entirely apt for him, and I would suggest he still carries an aura of subversion and radical politics into his current work. Lastly, I must draw your attention to the final track ‘Wage Packet (Live Edit)’ – 12 minutes, as opposed to the majority of 3-minute pop tunes on here, and bearing a title that Tackhead woulda surely loved…and it’s largely beat-free, just a free-form experiment in knob-twiddling and pulse generation that’s about as mesmerising as 15 cobras wearing sets of Hypno-Goggles from the novelty shop. Imaginary Forces doesn’t have to resort to power noise or violence to get results, yet this piece is every bit as powerful as three Merzbow box sets. Great!