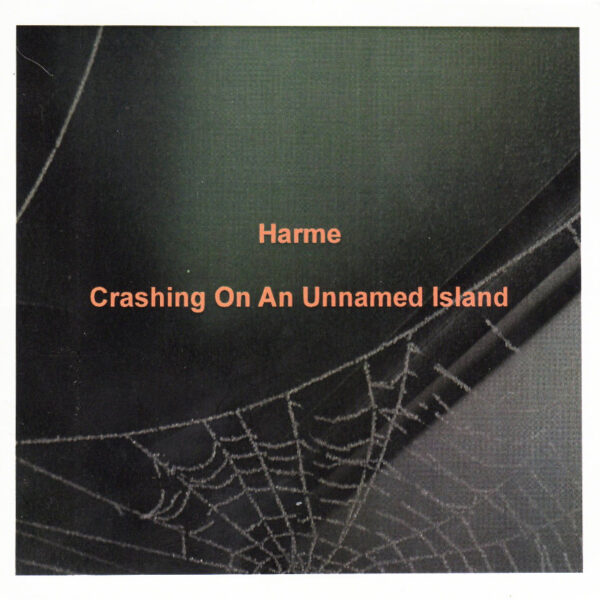 Heard from Welsh musician Susan Matthews in 2017 with her poignant solo record From Veliko, a potent statement about her own personal feelings of loss, alienation and loneliness; she’s able to work with these painful emotions and turn them into art, as is evidenced once again by today’s offering credited to Harme. Here she teams up with Clint Newton, and as Harme they perform their strange abstract music. The nine tracks on Crashing On An Unnamed Island (SIREN WIRE SW113) all deal with sentiments and impressions that most people would struggle with. This “unnamed island” is a subtle and layered metaphor for a particular mental and emotional condition. What comes over to this listener is a profound sense of oblivion, as though the two creators were actively seeking a desolate and remote land in which to bury themselves, hide from the cruel vicissitudes of life and society. They achieve this through a combination of wistful and washed-out ambient electronic tones and spiky, abrasive percussive bursts – the latter resembling angry splinters of sheet metal or volcanic debris in the air. The evocative titles refer to ghosts, dark woods, supernatural entities; and to unknown ceremonies, such as ‘Stone Gatherers’ and ‘The Minds Of Lesser Bees’. Unsettling feelings of uncertainty and doubt are thus conveyed in such ways as to draw the listener’s empathy, without once descending into maudlin self-pity. Perhaps not a very easy listen, but the music is heartfelt and sincere. This is the fourth release by Harme, in a catalogue that includes titles such as Ashes Of The Soul and The Place Of Limitless Echoes. 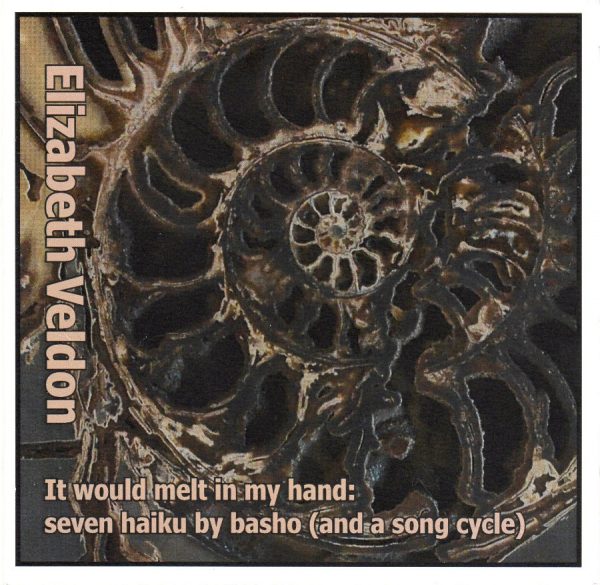 English sound artist and musician Elizabeth Veldon is a self-declared minimalist, with an interest in long-form durational music. Since she plays the piano too, one might be tempted to align her with the works of La Monte Young, except she’s probably more interested in improvisation than composition. Some of these themes show up on her album It Would Melt In My Hand (SIREN WIRE SWE027) except perhaps for the long duration – the album is just 26 minutes long, and most of it is silence, punctuating the brief statements she wishes to make on the acoustic piano. These are influenced by literary concerns, rather than musical; the subtitle of the record is Seven Haiku By Basho (and a song cycle), and the cycle in question derives from a Shakespearean sonnet. Perhaps she’s taken it on herself to try and illustrate these poetic works, though you’d have to be a diligent listener to match the music to the text, given the absence of index points. I’ll admit I’m struggling on today’s spin, and finding it a rather disjunctive and mystifying experience. The silent segments are quite distracting, probably the opposite effect of what she was seeking. Her actual music, when it appears, strikes me as rather cold and cerebral, but there are still some distinctive flavours buried in her modernistic dissonant chords and half-finished phrases. Browsing through her extensive Bandcamp catalogue, there appear to be other literary and fine art references that signpost her work, including an interest in Shaker dances (shades of John Adams). 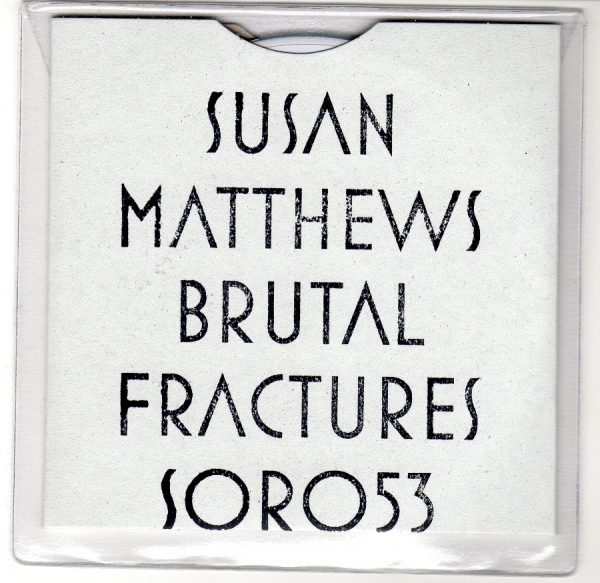 Susan Matthews explores further metaphors for the human burden on Brutal Fractures (SONIC OYSTER RECORDS SOR053), pretty much a solo turn by her where she overdubs keyboards, voice, percussion and recordings, while Mark Ingram adds some bass guitar. Where the “unnamed island” is a fantasy non-place of the mind, Brutal Fractures endeavours to connect to something far more tangible, namely concrete structures of the 20th century that are in a constant state of decay. Matthew calls them “brutalist monuments” and takes them as “snapshots that capture a significant moment in history”. From this I deduce she has found a repository of some negative energy, assumes that concrete blocks leak out this energy into the environment in some way. She also appreciates the way that concrete, as a material, “wear, weathers and erodes”, and it’s at this juncture that the metaphor extends into a notion of damage, trauma, a human response to pain, bereavement, loss. This is conveyed, not through violence or shock, but through gently unsettling music; disjunctive edits, backwards voices, incomplete musical phrases, and chaotic jumbling of sounds. It unfolds over some 23 minutes, a relatively short time, yet in this window we seem to glimpse something much larger and more persistent than the fragile music might at first suggest.