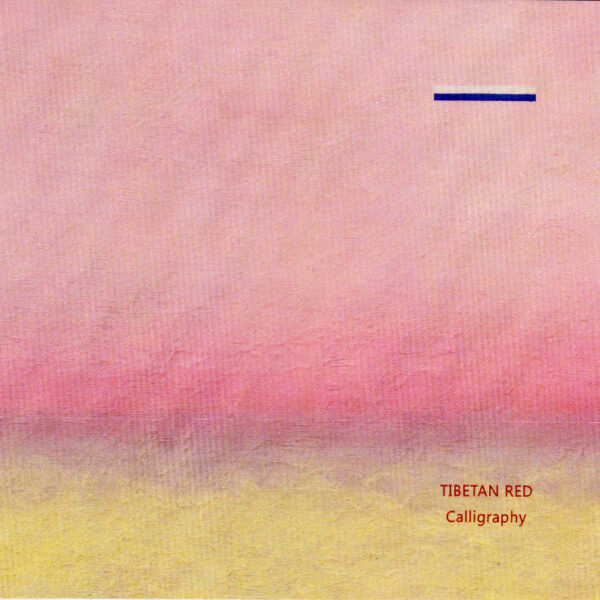 Calligraphy (ANTAHKARANA RECORDS) is a fine piece of sound art assemblage from Tibetan Red, last heard in these pages with his Narrative Spaces album. This is the project of Salvador Francesch, who is an abstemious creator; I think this is only his sixth LP since he began work under this alias in 1985. Like many of his works, Calligraphy might appear rather “uneventful” on the surface at first listen, but a deeper examination reveals a rich variety of sonic sources, and a potentially infinite number of layers to be explored, dived into, peeled away. As to these sources, he does provide a long shopping list of things, objects, events, places and ideas in his press note, of which one personal favourite is ‘Papuan Highland salutations’.

There’s ceremonial and religious elements in here too, gathered from around the world, evidence of Francesch’s semi-mystical quest for truth. You could listen to Calligraphy as a blend of field recordings, very inventive electro-acoustic technique, ethno-sociological surveys, rites and ceremonies, and a distant relation of that school of improvisation that likes playing small and unusual objects as musical instruments. Drone, percussion, whistling, hums, whirrs, wind, clouds, and all sorts are the ingredients, the mysterious sussurations punctuated with gentle chimes from the Tibetan bowls. Unlike some experimenters in whose orbit we might locate Tibetan Red, he isn’t especially interested in radical transformation of his sounds, methinks; just about everything we hear is distantly familiar to us, and the record always retains human dimensions (voice, breath, weather…) that are recognisable. It’s just that they’re all layered together in a way we wouldn’t normally expect.

There are probably layers of meaning to this release. For instance inside the CD, with artworks designed by himself reflecting his background as a fine art painter, Salvador prints the gnomic phrase “Calligraphy as a form of Friction. Friction, an expression of the Electricity Entity.” In the press pack he provides a mini-essay attempting to unpack what he means by this cryptic utterance. He evidently considers electricity to be both a “deity”, and a source of energy, speculating on the impact that electricity has had on modern music (in the form of power supplies, amplification, recording). If he’s right about the God Of Electricity, perhaps we should regard a power station and its generator as a temple, and pylons as its priests and ministers…or its angels. I do like the admission that he’s creating “unexplainable sound situations…it has a feel of an unknown territory to me”. From 7th August 2017.