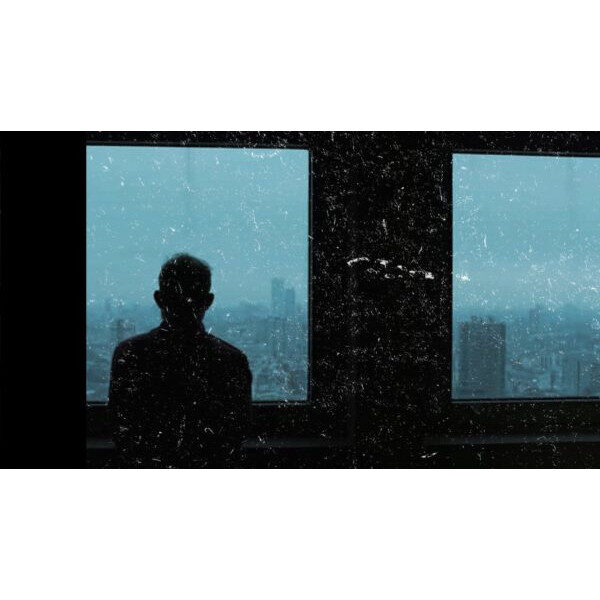 Very nice to hear from Josh Ronsen again, our favourite hard-to-pigeonhole musician from Austin Texas. The album Drone Works (EARTHWALKER RECORDINGS) is credited to Brekekekexkoaxkoax, a project which I think has been used for collaborative / group works of free improvisation, but more often than not is just a cloak for the solo works of Ronsen. Brekekekexkoaxkoax is intended to be an elusive and undefined entity, and it can include performance art besides music. All the music on Drone Works was mostly produced solo, although there are two duo collaborations – one of them with Bill Thompson, another with Vanessa Arn – and one track, ‘Vestigial Portrait’, is a sample-based piece using materials from James Eck Rippie.

Everything here has been produced over the last ten years and is now gathered together on a single album. It’s all pretty much in the area of layered music, “electro-acoustic constructions” as Ronsen would have it, and if you like long-form droning music then this is good locale to check into for a lengthy sojourn. Ronsen’s never been a fellow to fumble about with wispy, aerated nonsense, or overly-tweaked digital murk; these drones are hearty, hale, and hefty, full-bodied roarers in volume and tone, and about as dense as a boulder rich with mineral linings (especially lead). While not every single piece may succeed in lassoing the moon – there’s a shade too many mixed tones and FX pedals on ‘Time Out Of Shadow’ for me – the stern authority of ‘Sun Under The Teeth’ which leads off the set is an unblinking monster, larger than life and refusing to take no for an answer as it rolls into town on horseback and upsets many an applecart. Likewise ‘The Man Of Descent’ exhibits that sheer single-minded devotion necessary for production of a good holy drone – some wavering non-believers lose heart and introduce too much variation too early, but Josh Ronsen goes for the full death-by-mesmero experience in just eight minutes.

The main event however is ‘For Michael Northam’, one of his intensive experiments in which the explicit intent is to “bring out…hidden sonic information”. In this instance he does it with recordings of a bowed cymbal, which have been manipulated, time-stretched, recombined, hung upside-down and covered with plaster of Paris…(one or more of these techniques might not actually feature in the Pierre Schaeffer how-to book). 20 minutes of mysterious unrecognisable abstractions emerge from this extreme episode. Good idea also to tip the Stetson to fellow Texan mnortham in the title of this one, a fellow with a not-dissimilar interest in burrowing for hidden sonic information (although mnortham may tend towards nature studies and field recordings than musical performance). Ronsen deserves your attention and interest, a highly pro-active and multifarious artist with his fingers in lots of pies and strings to his bows, many of which are straining at the leash. 1 I think he’s been sending us records since 2006, though we last noted Brekekekexkoaxkoax in 2013 with Sudden Empire Of Tears (another solo record of EA compositions, applied to recordings of improvisers). This, from 30th August 2017.