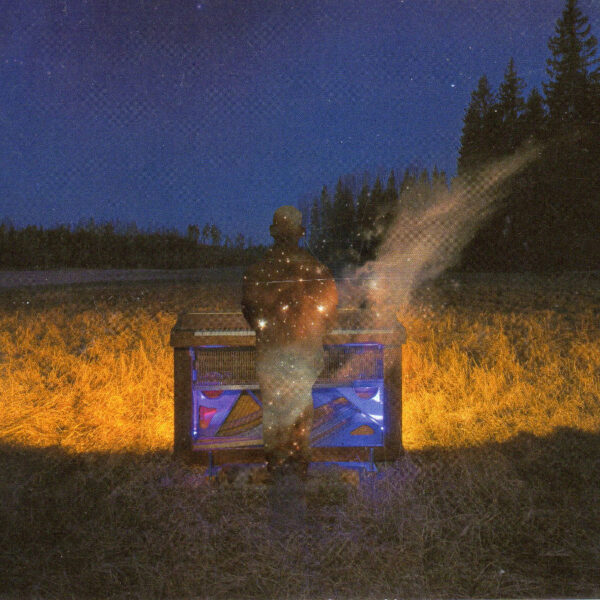 Quite nice solo piano record by Project Vainiolla, who is Kalle Vainio from Finland; Nocturnal (PVAI03) is his third solo record in as many years, following on from Animus and Metamorphosis, all of which are self-released on his own label. He does everything on his own customised instrument, a case where he’s taken the precept of a “prepared piano” and gone two steps further with it, using a large number of objects and interventions, including adhesives like tape and blu-tak, plus corks, bottles and other items inserted into the body of the instrument. There’s also an e-bow, and contact mics, both of which suggest he isn’t averse to amplification or electronic additions.

While he deigns to mention John Cage in his notes, there’s no credit given to Keith Tippett for instance, the great English improviser whose sensitive preparations for the concert grand piano are non-pareil in my view. But Vainio wishes to entertain, and his flair for showmanship knows no bounds; his piano has recently undergone the “pimp-my-ride” treatment from a painter named Alexander Salvesen, who painted it in cheerful colours. The instrument is also now kitted out with lights, so I imagine it now resembles a cross between a Wurlitzer jukebox and Paul McCartney’s psychedelic piano. Vainio is proud of the “different layers of sound” he creates, and enjoys the multiple percussive and harmonic effects he is able to bring forth, and not just with his fingers – mallets and brushes are also employed in performance.

The short pieces on Nocturnal are certainly entertaining, and his performances do have a certain attack and elan, but I find his compositional skills rather limited; a lot of the melodies aren’t far away from cinema advert music, full of empty repetitions and simplistic arpeggios. But he may not have any leanings towards being taken seriously as a classical composer, despite any superficial resemblance his music may have to Philip Glass, and there’s much to enjoy in his distinctive sound, which he describes as “acoustic piano beats”. From 27th September 2017.