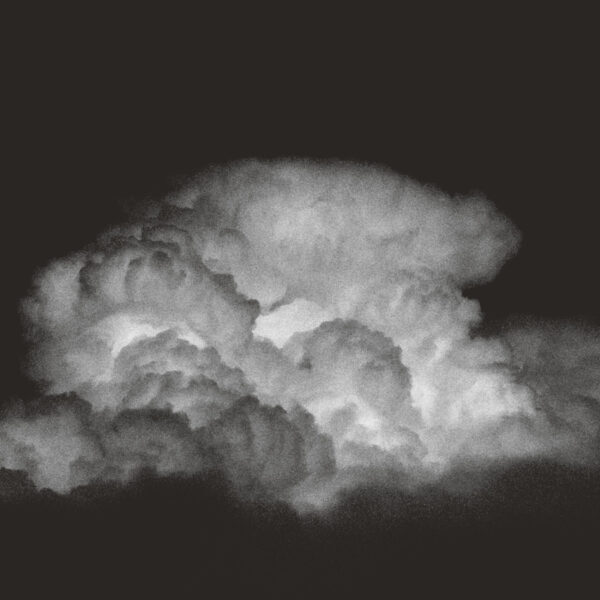 A case of more of the same for percussionist Tony Buck, who apparently spent years assembling a sound collage that pretty closely resembles what (his day job) in The Necks might throw up on any given day: soft fields of static, field recordings and ripples of percussion coalescing, curdling and climaxing as a vast cloud of interstellar gas over the best part of an hour. The Necks are one of the great variation-on-a-theme acts and their oeuvre is one long refinement process (as are the albums themselves), but as recent solo recordings by Chris Abrahams and now Buck illustrate, a bit of extracurricular is in order (be it promiscuous collaboration or febrile soloing) to keep things tweaked and sounding ‘the same’. Buck, however, approaches his materials in exactly the same way that Abrahams’ Fluid To The Influence does not: that atomised assortment of studio oddments was intriguing and at times other-worldly, but without cohesion and I can’t help wishing I could hear it sewn up like this. Of Unearth itself, the simple act of reviewing it brings up words like ‘sell’, ‘rice’ and ‘Chinese’: not a criticism by any measure, I should add. I could listen to this for days. Martin Brandlmayr is another percussionist who (at least on this occasion) favours textured bursts over methodical pattern development, and in his duo with electronician eRikm he is all spasmodic jerks and spells of amnesiac silence. While sometimes lost-at-sea without a map, the pair seem comfortable negotiating the formless field of real-time electroacoustic manipulation-meets-live-instrumentation, acting out their orgy of farting/splurging/crackling as a body-horror sex scene where the participants merge and fumble on as a jumble of extremities; the eldritch scene lit by sparks from a wall of dysfunctional TVs spluttering away nearby. Taut, hair-trigger improv with a Lynchian kinda post-industrial vibe, in which the impulses to impose superstructure and scavenge for scraps are in constant negotiation. For further proof of the UK improv scene’s vitality look no further than Sirene 1009. Though not everyone is a household name (nor British), at least two of this four-piece are scene mainstays, and the whole squad sounds as at-home with each other as they are with the promiscuous goings in English jazz dens. The much frequented Cafe OTO is our virtual venue for most of this set, where visceral freeform unscrunches itself into being, sparked by Caroline Pugh’s tempestuous, syllable-timed glossolalia and billowed by flurries from the bass/drum/guitar boys, with lashings of warm vibrato throughout. This eases the sense of cold, damp bareness you get when players wait for each other to get the party started and tape hiss issues listener boredom warnings. While I’m generally wary of ‘all for one’ antics due to a limited tolerance for vocal histrionics and the tendency to compensate virtuoso runs/ cacophonous jams for deeper musical structure, I’m glad to report that no such shortcomings afflict this awesome foursome, who know when to let rip and when to keep it in their pants.