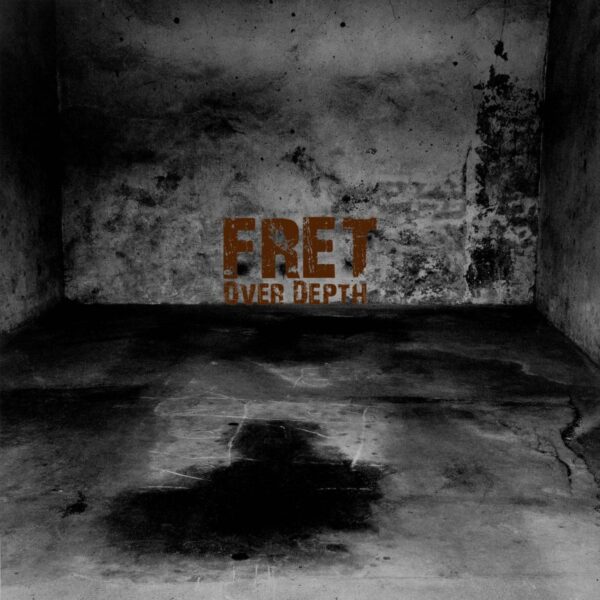 For a good dose of heavy electro-beat blast with a strong doomoid flavour, turn ye to the double vinyl LP Over Depth (KARLRECORDS KR047) released last October by Fret. This is yet another alias for Mick Harris, the one-man crushinator who has been crafting his own brand of aggressive and sinister productions for several decades now. We’d do well to remember his role as drummer in Napalm Death, but that seminal episode now seems overshadowed by the numerous projects that followed; can’t claim to have heard more than a sample of his output, but Scorn are highly regarded, evolving from a heavy industrial noise thing into something showing influence of trip-hop and dub mixing. There’s also Lull, where he pretty much did his thing without relying on beats for structure, and evolved a potent brew that’s a superior blend in the “dark ambient” stakes. We also recently noted the reissue of a Painkiller album, his 1990s thing with John Zorn and Bill Laswell; I’d like to think Harris supplied the backbone for Zorn’s insane squeals and Laswell’s sheer ponderosity. Surely it’s high time for a Kevin Martin rediscovery about now, unless he never really went away.

Derek Szeto of Combat Recordings has provided enthused press notes for this Fret album. He uses a lot of violent imagery in his effusive prose, frequently likening the music of Mick Harris to warfare, explosions, landmines, and shrapnel. Szeto is evidently a man who knows his kickdrums, and there are certainly enough heavy drums here to shake a turtle out of its shell. But Harris is also strong on atmosphere and emotion, even if it’s unfailingly dark and menacing, and Over Depth is very far from being a cold, clinically-executed studio beast. At times it seems he’s created a monster that even he can’t control, and the listener watches the lion-tamer in constant danger of being eaten alive by his own big cats. What little I know about this genre – I refer now to anything that appeared on Kevin Martin’s Macro Dub Infection comps – persuaded me that here was a highly advanced take on dub mixing, taking all the jaw-dropping excitement of all those spatial possibilities, and grafting it onto industrial noise, distorted rock, and dance-inflected genres. Harris not only shows his mastery of these techniques, but it looks like he’s trying to push things even further out into the forbidden zones. Not for the faint-hearted; this is high-volume terror, hinting at chaotic forces, spread across ten relentless tracks. From 25th September 2017.