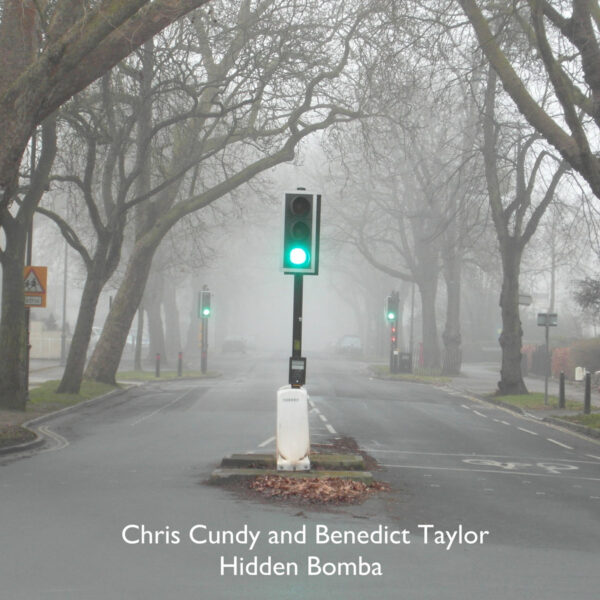 Two recent items from UK label Linear Obsessional Recordings. Have you got the full set?

Chris Cundy (bass clarinet) teams up with Benedict Taylor (viola) on Hidden Bomba (LINEAR OBSESSIONAL RECORDINGS LOR091). Eight recordings captured live at Francis Close Hall chapel (Univ of Gloucs). Cundy speaks warmly of this performing space (has played multiple concerts here for circa. 20 years). Chris Trent recorded it – man behind the wheels on many improv records since 2000, or even earlier, and expert on Sun Ra records. Label boss Richard Sanderson reminds us that Cundy is self-taught at the improv game, while Taylor had a classical training at Royal Northern and Goldsmiths. They are also relatively young. Their spirited playing here renews faith in the hope of free improvisation, sometimes seen as life form on brink of extinction. “Our approach to this music is to explore the emergence of things,” states Cundy in written insert. Much to recommend; unique sound of the pair (woodwinds and strings finding many different voices, many different combinations); the mood / atmosphere which to me sounds both tense and melancholic at some level; their unfailing energy sustaining each piece, even though not everything taken at over-fast pace. Real voices; authentic conversations; weren’t those things free improvisation was supposed to be doing for us, when over-processed and over-determined mainstream pop and rock records failed to speak to us any more? But don’t stare too long at this duo. “Titles…were an attempt to create an inventory of imagined camouflage patterns,” cautions Cundy, confirming their status as chameleons. Hence “Hidden” in band name. Heard Cundy before as long-standing associate of Longstone, and member of Weavels. Taylor impressed us much on Songs From Badly-Lit Rooms in 2013. Favourite piece selon this listener: ‘Ocotillos Alone’. Sanderson recommends the “woody textures”. Traffic lights on cover affirm all systems go. (11/10/2017) 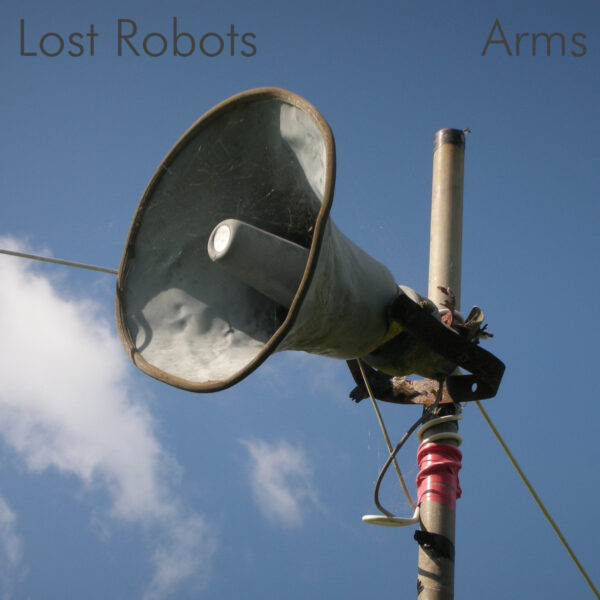 Lost Robots is another one of Richard Sanderson’s “rock” projects. Another one was his teenage band Solaris who never made any records in the 1970s, but reformed when older and made recordings in 2010 and 2012. Mention Solaris we must due to tenuous “krautrock” connection, valid in context though term is contentious, since Can and Faust are namechecked as influences for this organ-guitar-bass-drumming-vocal music, or at least cited as “in the manner of”. Much the same way that Beefheart paints “in the manner of” De Kooning. Record is Arms (LINEAR OBSESSIONAL RECORDINGS LOR 072) made in Brixton in 2015. Other Robots are drummer Mark Braby from famous post-punk band Subway Sect, bassist Andy Coules (from Big Horse) and guitarist Clive Pearman from Os Dados. Sanderson’s bizarre organ tone (and his occasional clarinet) is probably the winning element in the band sound for me, though Braby is great too. He’s so “on” you can’t get a melon past him. There is much to praise in their group-improvisational approach to playing rock, which does indeed depart from many conventions and rip up any rule books that may come to hand. This means pieces do not end as they begin. In some cases they don’t even end at all. Instruments don’t follow the “normal” rock standards or dynamics, instead things are wodged together in freaky lumps of all-at-once playing. Or even more unusual, components are separated apart into gaseous mists when you’d least expect it. Good economy, meaning Lost Robots often deliver on the kind of tension and space and spare playing we’d always hoped to get from post-punk bands in the UK, many of whom capitulated the second they got a name producer and entered a studio. Especially effective is ‘La Donna…’ track which does much to earn them the tag “in the manner of” This Heat. Less keen, me, on the tracks with vocals, which are not quite songs but rather dreary recits of lunky poetry spoken in plain unvarnished accents. Loudspeaker image on cover is also something of a gaffe in this context, but pound-for-pound there are some tasty cuts of prime meat in this cannister. Those piqued may wish to hear their 2008 record No for Orchestra Pit Recording Co., jointly issued with netlabel Fat Ghost. Some sessions for that were recorded in Sanderson’s living room. (11/10/2017)