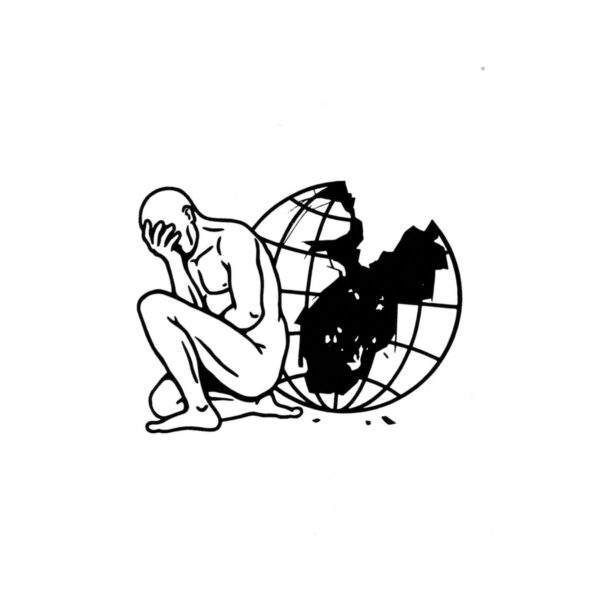 Here is very pleasant and edgy-sounding industrial noise techno-electronic dance music for those who like their dance soundtracks with lots of hard (but not too hard) beats, slightly frizzly synth loops, lite noise and a frisson of fearful paranoia. Opening track “I Am Become Death, the Destroyer of Worlds”, referencing US physicist Robert Oppenheimer’s misquotation of the Bhagavad Gita during an interview when he was looking back on the first atomic bomb test done in New Mexico in July 1945, sets the standard for what’s to come: raw, sharp-edged instrumental synth music bristling with aggression, relentless machine beats and rhythms, and a cold, unyielding attitude, that goes on and on and on until the mind nearly goes berserk from all the repetition.

Each track brings its own varied palette of aggro techno dance rhythms to the party, and as long as you’re in a partying mood to watch the world burn, the album is a fine soundtrack to the oncoming apocalypse. If you’re looking for something a bit more subtle, elegant and genuinely malevolent though, you won’t find it here; Mazut have found their particular groove and have settled in a bit too deeply too early on to notice they’ve become stuck in a rut. While each track starts well enough, there really is too much repetition and the music stays stuck at a level of development that invites the early arrival of listener restlessness and boredom; in other more laconic words, this stuff isn’t very challenging.

The best tracks are the short ones: track 6, simply titled “))))))))))”, features a one-fingered solo piano melody around which high-pitched effects squeak and percussion gently pings away in the background; and the earlier “Perverse Incentive” is a gorgeous shimmer of drone wash gliding over an insistent lite-industrial beat and a trashy noise texture that turns into scream. As for the rest of the album, you could at least trying meeting each and every track halfway through – it can be that boring.

Best recommended to DJs and other musicians looking at filling their sample libraries with interesting sounds, though I have to say there isn’t a lot here that other experimental techno and noise musicians haven’t already covered.