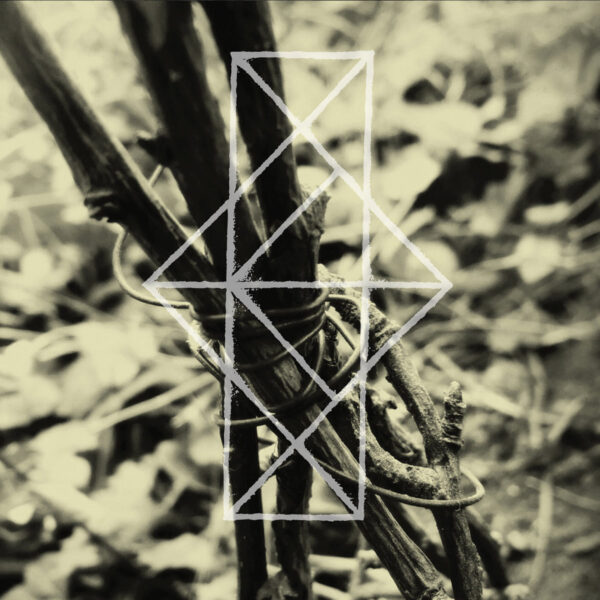 Intense ritualistic cold gloom from Common Eider, King Eider on their album Shrines for the Unwanted, Respite for the Cast Aside (COLD SPRING RECORDS CSR243CD). This San Francisco combo haven’t shown up on the miserablo-radar device previously, which is surprising as they’ve been casting their depressing runes against mankind for 10 years now. More of a collective than a band; like King Crimson, membership fluid, may change. On this set it’s Rob Fisk from Badgerlore and Deerhoof, joined by Andee Connors who used to be the head of Aquarius Records, a shop in San Francisco who went out of their way to sell copies of TSP. American BM band Sutekh Hexen also feature on the long track ‘Litha’ – or to put it more precisely, A.C. Way’s vocals appear. As to theme and sound of this fogged-up meisterwerk, press notes allude to intangibles such as spirits and “ritualistic black ambience”, without really telling us much about how the Eiders make their records. I don’t place much credence in the “bone and antler” thing, despite cover images. May be produced with guitars and percussion, certainly lots of moaning voices; all blended into processed drones; a chamber choir of utter coldness. Stark beauty. Whole album very good, but ‘Litha’ stands out somehow; voice of Sutekh Hexen more guttural and chokey; instruments performing something approximating a tune, a denatured ghost of Baroque madrigals played on decaying lutes and viols. Album originally appeared on cassette on Sentient Ruin Laboratories; cassette has 30-min live track not present here. Note spot-varnished runes printed on cover. (09/10/2017) 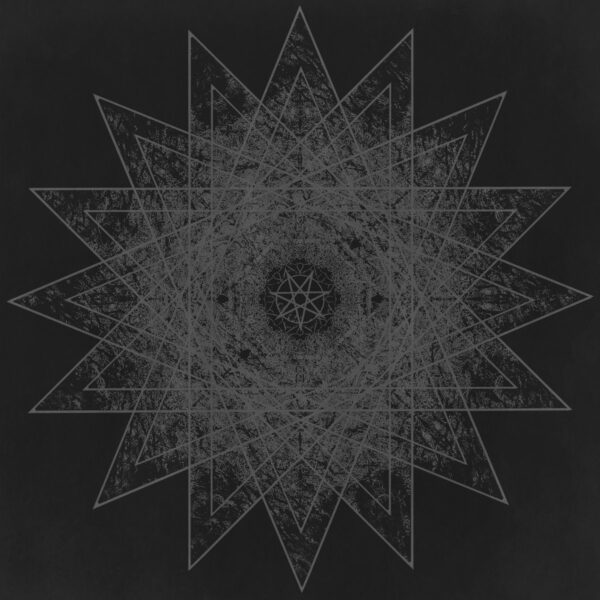 Last raved about Black Earth in 2016 and their excellent cassette A Cryptic Howl Of Morbid Truth. Now back again with CD Diagrams Of A Hidden Order (BLACK PLAGVE PRODUCTIONS INFECT18), the trio of Miguel A. García, Alejandro Durán, and Alejandro Tedín create further mayhem with massed synths, electronics, guitars , loops, tapes, and processing. Once again five guest players are involved, three of them adding voices, including the brilliant Marta Sainz. Suffocating, excessive; to listen is to inhale a lungful of brimstone and to feel soul crushed by weight of damnation. Only three tracks, but 18 mins never felt so interminable. Cover art is a big part of the plan; evil geometric designs by Alejandro Tedín as if lifted from pages of a forbidden book of magick, plus diabolical message about “a serpent crawls along the birthing womb” printed in a spiral form to drag the reader down into an inescapable hex. From a sublabel of Malignant Records. (19/09/2016) 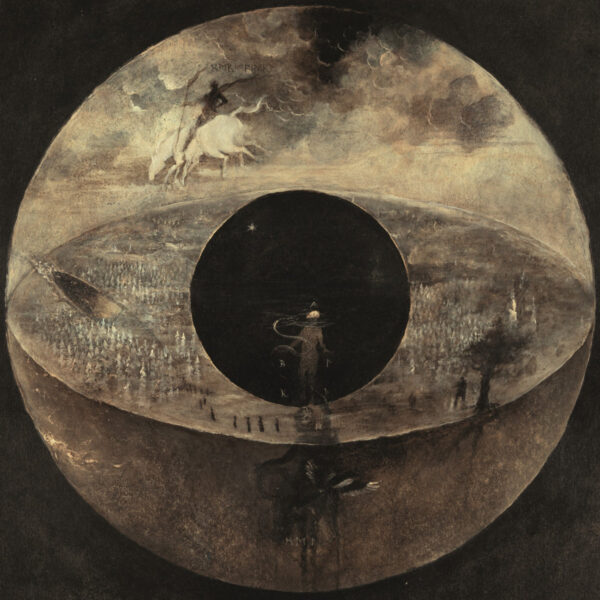 Gravetemple could either be seen as a Sunn O))) “side project” or a doom-rock supergroup…either way they are very good. The trio of Stephen O’Malley, Oren Ambarchi and Atilla Csihar have been at it since 2006, and released Impassable Fears (SVART RECORDS SVART081) in 2017, on which they create a work so massive that almost appears to be sculpted from marble. Noisy bombast attacks are followed by eerie, creeped-out space-ambient tones, so that it’s like a dose of early Swans crossed with a much bleaker version of Tangerine Dream. Throughout, the nasty vocals of Csihar continues to strike terror into a mortal heart, and O’Malley demonstrates tremendous (and scary) fluency with his synths and mellotrons. All tracks segue together across this horrifying survey of the spiritual and mental state of the world, and the production quality is just superb – how O’Malley manages to balance this many complex and conflicting sound elements so convincingly is beyond belief. Surprising he isn’t in more demand as a producer fit to fill the shoes of Steve Albini (maybe he is but is too busy to help). While there’s ample material to enjoy this simply as a well-wrought sonic architect, there’s also a near-spiritual dimension to this record and to the performances of Gravetemple in general. Hungarian-born Atilla Csihar explains their intention to “break boundaries and to find new horizons via the challenging of our own concept of existence, via the channels of musical trance.” Yes, like so many extreme / experimental musicians, he sees Gravetemple as a contemporary form of shamanism, claiming the band are “seeking trance while playing…almost like a spiritual experience.” From 5 May 2017.