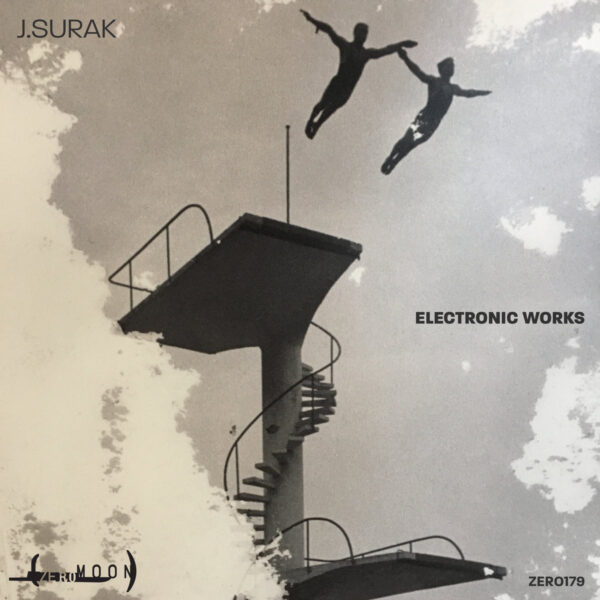 J. Surak sent us Electronic Works (ZEROMOON zero179) in October 2017. Just 7 copies pressed of this CDR edition. Black card wallet with cover image on my copy suggesting a silent film star being invaded by an unpleasant white ectoplasm, or gaseous blob from outer space, which enters the body through the eye. (See all seven covers here.) These seven pieces were created with “cheap electronics”, and now that I think of it there is a certain coarseness to these burbling emissions which is very enjoyable, something missed by the owners of digital workstations with $5000 price tag. Surak uses simple repetition to make his points known and understood; more like emphatic insistence, perhaps; won’t let listener off hook until the matter is settled. But even afterwards something clings to us like dirt, like cobwebs, like a vile glue. It wakes you up at night and reminds you that you have now crossed a line; what is heard cannot be unheard. Especially strong are moments when massed sounds resemble an unstoppable force of darkness, advancing inexorably; happens on parts of ‘The Offering Field’ and ‘Lullabye And Return’. But a real stand-out here is ‘Legend (The Bedroom Was A Woman)’, not just due to length (15:25) but also imaginative power behind its illogical synth squeals and troubling explosions of white noise. In title feels like a surrealist collage, a Max Ernst special; on verge of unleashing buried sexual tensions, as many surrealists hoped to do, revealing hidden threats and castration fears. Surak thus succeeds at something Merzbow tried to achieve in early 1980s, with his bondage and porno covers, except Merzbow was heavy-handed about it. Excellent comp of recordings made 2014-2016. (03/10/2017) 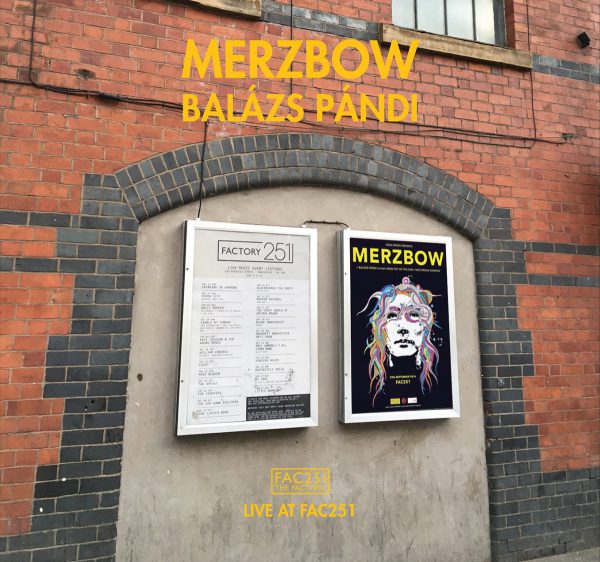 Speaking of Merzbow, here he is teaming up with Hungarian drummer Balázs Pándi on Live at FAC251 (COLD SPRING RECORDS CSR233CD), performed at the famous Manchester venue. I never heard of this Pándi fellow before but evidently he’s a real powerhouse. Turns out he’s been drumming on certain Merzbow records since 2010, mostly live recordings, including Ducks and Katowice. It’s also interesting that he has drummed for major jazz / improv figures such as Wadada Leo Smith, Joe Morris, and Roswell Rudd, besides guesting with more obvious suspects from the industrial-rock side of things, such as Bill Laswell and Justin Broadrick, and the avant drum and bass expert Venetian Snares. Add to this the well-known fact that Merzbow started his career as a drummer and has probably made more drum loops and sampled more jazz drumming tracks than Public Enemy. All of this makes for a heady combination, although this September 2016 recording is still an overpowering tornado of metallic feedback noise and shriek with little room for listener to move, breath, speak or think; and the remorseless live drumming only helps to pound the experience even deeper into the brain. An instance of drum kit turning into instrument of torture and pain. (30/11/2016) 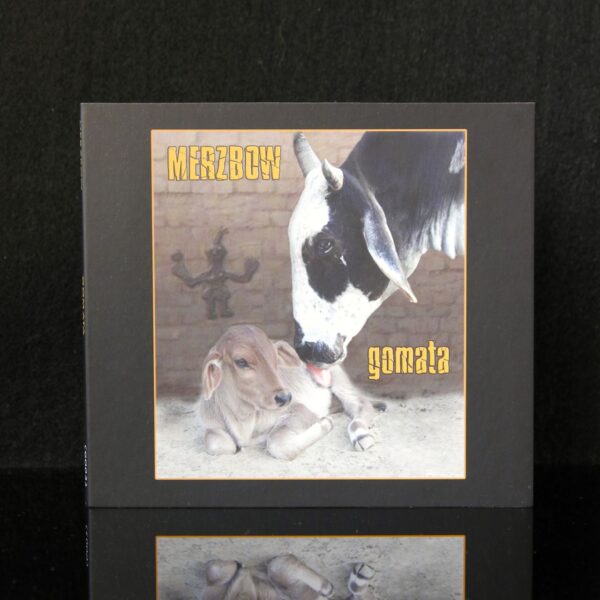 Speaking of Merzbow again…the Gomata (HYPNAGOGIA GOG03) album takes us back to more familiar ground, that of “animal-loving” Masami Akita calling attention to the plight of the world’s beasts through pulsing digital noise. At least I always assumed that is his plan, but maybe I’m living in the past. It’s been ages since he released Bloody Sea, that heartfelt plea exhorting the world to Stop Whaling. Gomata refers specifically to the cow that is sacred in Hindu belief, said bovine also called Kamadhenu and Surabhi – in fact Merzbow paid tribute to that name on another LP for this label, released in 2011 as #2 in the Merzcow series. These 2015 recordings were made in Munemihouse, and the cover artworks feature great photos and paintings of sacred cows. Among the usual Merzbow walls of roaring hurricane noise, some interesting electronic howls and swoops make it to the surface of ‘Bhumidev’ like an unholy alliance of Stockhausen’s Prozession, Clara Rockmore’s theremin, and 20 industrial power tools going mad. (27/02/2017)