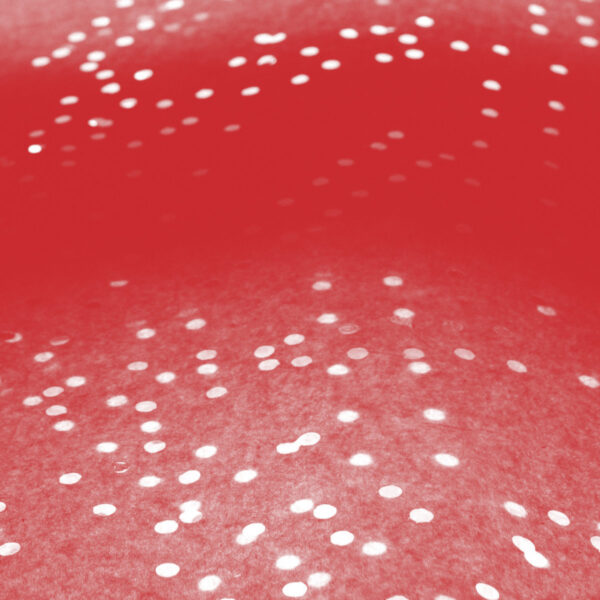 Ross Manning; Australian installation artist; creates sounds from waves, vibrations, percussive instruments. Motors may set things in motion and crashing / clashing clouds of harmonics may fill the gallery space. Some works documented on Interlacing in 2015; new album is Reflex In Waves (ROOM 40 RM486). The titles describe the process, but this isn’t to say he refuses sublimation, or even beauty. The rattling stick pieces are a bit dull, but I like the ones that appear to be celestial music boxes hanging in the wind. Hard to view these as compositions, more like snapshots of works which one would (if time allowed) spend many hours exploring, wandering round a small hand-made world. ‘Braking Formations’ is longest track here and the one which gives the best flavour of what the installation is like; cluttered, slightly chaotic, conflicting signals, yet still amounting to a coherent experience. (20/10/2017) Indelicate Slices (ROOM 40 RM490) is latest report from the hotel suite of pinkcourtesyphone, i.e. Richard Chartier of Los Angeles. Last heard in 2017 with his taking into account only a portion of your emotions for Editions Mego; perceived by me as the outline for a murder mystery plot. Somehow the sense of surveillance, eavesdropping, or outright voyeurism persists on Indelicate Slices; even the title suggests transgression, a James Ellroy psycho quietly stalking victim. On tracks like ‘Lure / Beyond Exactly’ I could easily hear those gentle echoed pulses as the footfalls of an assassin on the carpet in the corridor outside. The longest cut is ‘Minimumluxuryoverdose’, so quiet that listener must strain hard to make out the tiny details that appear on the surface of a humming tone that is both menacing and comforting. Pinkcourtesyphone administers ambient music like chloroform; our resulting coma-like sleep will be troubled with apprehension and doubt. (20/10/2017) Lawrence English is Room 40 label owner. This Australian musician has for some years been pursuing a personal agenda, seeking to express his grave concerns about the state of the world. Without making direct statements about it in his music, he has personally wrestled with problems of politics, monopoly capitalism, societal injustices, and ecological ruin; as he asks himself these profound questions, the process feeds into his music in some way. Wilderness Of Mirrors was one milestone on this journey for him personally. The latest chapter in this mission is Cruel Optimism (ROOM 40 RM470). He has now been specifically influenced by the writings of the theorist Lauren Berlant, who wrote a book called Cruel Optimism in 2011. English also enlisted the services of fellow musicians from around the world, who have contributed to the album; among them, Norman Westberg, Tony Buck, Werner Dafeldecker, Mats Gustafsson, and many more. When he contacted them, they gave him succour as well as music; consequently, his press release exudes grateful platitudes and reads like a rather gushy Oscar acceptance speech, but the music is good; it has gravity, sorrow, and complexity stored within its lush surfaces. (31/02/2017)