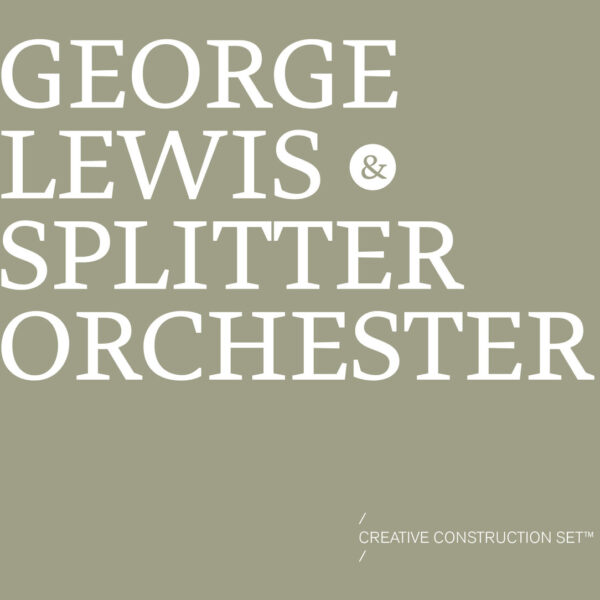 “A variety of autonomous and ultra-specialised composer/performers who choose not to work in an institutionalised framework…”: the collected might of the Splitter Ork made their live debut in Berlin’s main train station in 2010 and the resulting recording was captured for posterity on Mikroton’s “Echtzeitmusik” compilation some two years later. For the “Creative Construction Set”, long established AACM member George Lewis sits at the top table as the guest composer/performer with here, a twenty-five man back-up completely au fait with that blurred, gauzy space between improv and scored works. “C.C.S.” was written for the Ork by George Lewis and functions by using text instructions that group personnel ‘propose to each other during a performance’. A number of these prompt cards calling for the creation of consensus and/or the establishment of temporary dialogues with other players. A less whimsical take on Eno/Schmidt’s ‘Oblique Strategies’ then, I guess…

As usually befits an excursion into the outer reaches of avant gardist thought such as this, logic is temporarily wiped clean as this three-part monolith actually begins with “C.C.S..#3” and after this, at times, clattersome melee, where the percussion/miscellaneous objects section is given their head, things calm down a shade with numbers #1 and #2. The former’s desolate short-wave blips, near zero sustain pluckings and muggy bleats from a ten-man horn section (including George Lewis on trombone, trumpeter Axel Dörner and contrabass clarinettist Chris Heenan, also of Phantom Limb), blend seamlessly into #2’s more forceful exercises in blowing outside the box that combines with watery found sound sources and damp patches of ambience gris. Awaiting the inquisitive ear then, is a hive of sonic industry, reminiscent in parts of those Incusites of yore The Music Improvisation Company and, bringing up the rear, Ennio Morricone’s old wrecking crew Gruppo di Improvisazione Nuova Consonanza.

Further collaborations in the Splitter-sphere would see the baton transferred to Felix Kubin and then a year or so later, on to the Pitch; a quartet who number Splitter Orchester members amongst their personnel.