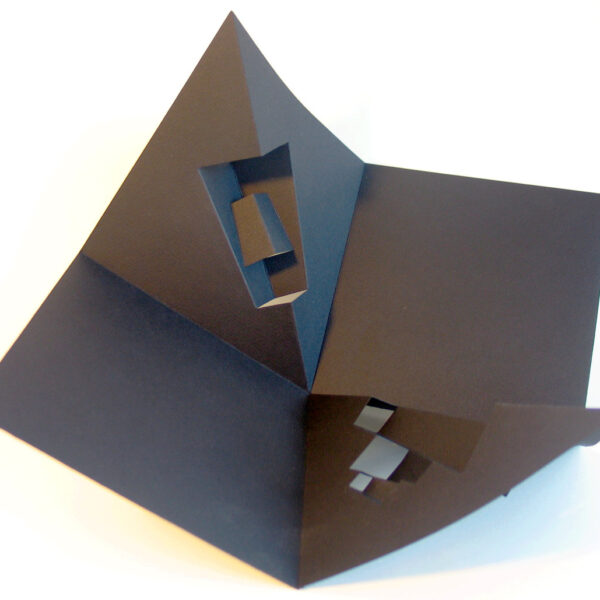 Impressive solo record from Ghost Flute & Dice, a soubriquet which conceals the Danish composer Mikkel Almholt…he’s doing it mostly with a piano, but experimenting with unusual time signatures in the playing, hammering the strings with drumsticks, and adding “glitchy cut-up effects” in a post-processing stage. Did I mention it’s also a prepared piano, full of nuts and bolts rattling about along with clothes-pins and rubber things…John Cage might have a lot to answer for, but he’d probably be blown away by this full-blooded roarer of an album which seems to be taking his “prepared piano” idea into unexpected turfs and domains…what I enjoy most is the layering and three-way piano cross-talk with Almholt seems to deliver so well, by which I mean there are several things going on at once in each piece, rhythms and metres pulling in different directions, many textures and tones to engage the ear. When he gets into his groove – and he does so on every one of these eight performances – Ghost Flute & Dice gets into quite a hammering, banging mode, letting the lower register notes trundle forth with a steam-engine power that is quite remarkable, a near-unstoppable force. I also like the way that note-clusters can sometimes grow so dense that we’re teetering on the edge of chaotic noise, a thick bramble-patch of prickly notes to disentangle. Most of the record is live performance, although a couple of the pieces here were built inside the computer to some extent; he works to no compositional rules “other than what sounded right”, and he refers to his entire process as “electroacoustic piano music”.

This Kropsbygning might be his third release, after 2011’s Music For Amplified Piano and Melody Is God which came out in 2013. The title Kropsbygning might translate from Danish into our word “body-building”, partly a reference to those ugly muscle-men who devote years to developing their pectorals and trapezoids until their bodies resemble a mound of glistening red pastrami. Some of the more pretentious practitioners in this area refer to the practice as “body sculpture”, as if their own torso were a lump of plasticine or clay to be moulded under their will. Mikkel Almholt knows about this and concedes “there is something grotesque about it”, but he co-opts the metaphor for his music and its construction. For instance (a) piano manipulated into something that isn’t possible in real life; (b) music is a mix of piano as a mechanical object, the circuits of a computer, the actions of a human performer; (c) tunes grown from noise created by the instrument. These strong compositional ideas are all successfully demonstrated on the powerful and at times amazing music you will hear. Elaborate die-cut black card fold-out wallet thing designed by Connie Munch with an insert; a hand-made package I believe. From 8th January 2018. Released in Germany and the USA, on two separate labels; distributed by Attenuation Circuit as ACUD 1001.